Salman Ahmed Performs in Kashmir By RamEEz and Ayesha 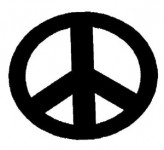 Music is one of the most incredible weapon through which a powerful message can be delivered with ease and without harming anyone. John Lennon, Bob Dylan, U2, The Clash, Michael Jackson and many others have used music as a medium to talk about World Peace. This has become a practice these days. United Nation has appointed many artists, especially, from music industries of the world, to promote “Peace”.

The word “Peace” is bound to get you attention from media in today’s world. Many artists have used it to gain heights of popularity. It has rather became an advertising tool now. Artists are using “Peace” as their slogan, to get famous around the world and also in order to earn money and sell their albums.

Pakistan is no different; it has many such artists who are using the famous “peace for all” slogan and are getting appreciated around the world. Be it Jal singing “Dil Dil Hinustan” in India and saying, It was for “Peace” and “Friendship” or the famous Salman Ahmed, the ex-guitarist of the famous band Junoon, using “Peace” to get attention when his Musical career is on threshold of coming to an end after the breakup of the band. 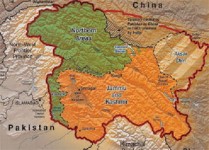 On 25th May 2008, Salman Ahmed, using Junoon’s name, performed in Srinagar “Kashmir”. On 22nd May the United Jihad Council (UJC) requested the Federal Government to STOP Salman Ahmed from performing in Srinagar as it had nothing to do with ”PEACE” in Kashmir. In fact the concert was a part of celebrations marking the Indian President Pratibha Patil of the Kashmir Studies Institute at Kashmir University. It has been sponsored by the Indian chapter of the South Asia Foundation in collaboration with the university.

Salman Ahmed gave a statement and urged United Jihad Council to join him for a Musical Jihad. Is this Jihad? To sing and perform for the enemy of the people who are stuck in the disputed region for decades and then tell them that it was peace.

However, the event sparked major controversy when leading Kashmiri militant, Syed Salahuddin, the head of Hizb-ul-Mujahideen, urged the Pakistani government not to allow Junoon to travel to Srinagar. According to the BBC, “He argued that the performance would have a negative impact on the ‘disputed status’ of Kashmir and would send a wrong signal to the international community that ‘Kashmir is an integral part of India.’

A lot was discussed on Junoon’s official website as well. Many die hard fans of Salman call it a performance to be remembered. But there were people as well who opposed the very “idea and cause” of such performance and were later banned by the administration just for the fact that the people didn’t liked Salman using Junoon’s name to gain attention and then performing for the Indian Government. 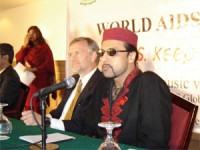 There was nothing wrong with Junoon performing in an occupied and ravaged nation if that would have been done while respecting the sacrifices of Kashmiris…..maybe entertain the hundreds and thousands of orphans we have or raise money for those orphanages…. something in that direction…

But Junoon chose to perform in front of the same people who are all eligible to be tried before International Human Rights Tribunals and all of whom are guilty for orchestrating the collective imprisonment of an entire nation It is fine being a yuppie and going around the world on peace missions and clicking pictures with celebrities and rock stars. That is his profession, his passion and his livelihood. But coming to Kashmir, a nation that draws so much emotional strength and support from Pakistan, things is different.

Would going to the Gaza Strip and performing in front of a “Select hand picked audience” of Israeli troops, administrators and bureaucrats not be considered a slap on the faces of Palestinians who are being killed like cattle by the same administration? 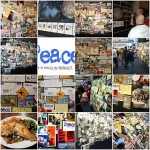 Kashmiris have reached at this stage by many sacrifices. The loss of life has been enormous. It has been a very emotional subject for all the Kashmiris and Pakistani as well. The civilized world do say that artists are ambassadors but when a whole nation doesn’t accept the illegitimate occupation of India then our artist should also respect it. India, of course, will portray it as sign of truce between India and Kashmir. We very well know their media. This would be seen as “their” first step towards peace in the region.
Junaid further ads:

When you go to a Cemetery or a graveyard you pay homage to the departed souls, the remains of whom are buried there. We have 80,000 martyrs buried in Srinagar….just 2 miles away from where Salman Ahmad was entertaining the same Indian President, upon whose arrival we self enforce a civil curfew. Just 3 miles from where Salman Ahmad was shaking his curls, lays a concentration camp run by the Indian Army where innocent Kashmiri civilians are tortured and killed every day. He cannot plead the defense of ignorance here since genocides are not published in newspapers unless at least decades pass.

It is a fact that Junoon has lost thousands of its supporters in Kashmir for good, me being one of them.
Another fan, manzoor says: 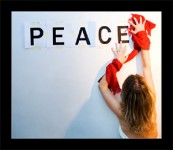 “I was not in Kashmir when this performance was staged I am relying on newspapers and information I got from people I talked on phone What I did not like about the performance was that it was staged for the elite few .If this show was for general public I would have no problem with it .In my opinion all it did was create a photo opportunity for the media to show all is well in Indian Occupied Kashmir which is far from true. “

For people, their homeland and its respect are of utmost importance. Its dignity is everything for them. As it’s famously said “sab say pehlay Pakistan” but such is hardly seen ever in reality. Our artists are what their country has made them to be but it’s sad the way our artists sell their identity just to get fame and money.
Luckily we managed to recover a couple of other comments made by people at the Junoon’s official site.
Gibran a junooni since youth says:

I am a Kashmiri. I have been listening to Junoon since 6th grade. Junoon has been special for Kashmiri’s, I always find inspiration from their songs but now I am a bit confused. I live in Kashmir and I know how much trouble the average Kashmiri had to go through because of the Indian Government. I was there at the concert today, and thank God the president didn’t come. I had waited for this day for a long time. Having heard each cassette over a hundred times I always wanted to see Salman face to face. I liked Junoon all right, but I need some clarifications. How does this concert bring peace in the region?? Does it negate all the custodial killings? All the rapes? Does it bring back all the sons this mother has lost?? What peace is Salman talking about? The maximum that can happen is Kashmiri forgetting the atrocities being committed on them and that my friend is not what Junoon stands for. That is not what Allama Iqbal stood for. All along the concert Salman didn’t say a word about the lakhs that have died. This is not peace dear friend; singing on the banks of Dal Lake on the foot of the mountains doesn’t mean peace. Please don’t give it the name of peace.

It is rather sad that during the whole performance, Salman didn’t even say a word about Kashmir and “Peace”. He performed his solo songs (bad or worse that’s another issue) and went off the stage. This gives a pretty good idea that Salman was paid to perform and his so called intentions towards “World Peace” are just to gain attention of the media and that he has achieved really well. Google the net and you’ll see a lot of articles praising Salman Ahmed for his performance in Kashmir and the articles clearly gives a picture that India is an Angel. Thanks to Salman Ahmed India has once again succeeded in their plans.

We don’t know when our musicians and artists are rightfully going to do something for a cause. Just to earn money they sell their souls and beliefs. Have some shame for a change.

We shall leave you with strong but true words from Junaid:

According to Salman Ahmad Kashmir is nothing but a “Land Dispute”. I don’t know if I should sympathize with him for saying so or feel distressed. He is not only a poor student of history but also a poor cultural ambassador of his country. Kashmiris have been fighting for their right to self determination and that constitutes to much more than a mere land dispute. But as Salman told me once in Michigan that he is a musician and does not know the intricacies of politics, I would suggest that he sticks to that and stops embarrassing his country and his people by humiliating an oppressed and occupied people while on his global-peace high.