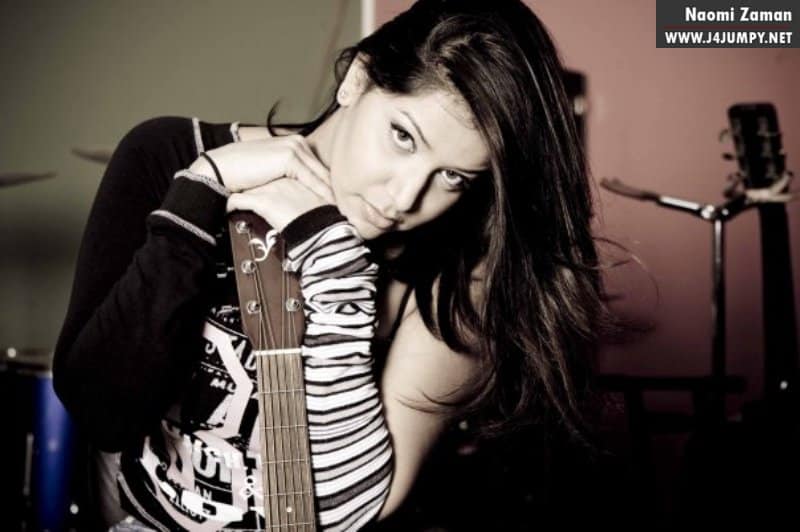 Naomi Zaman, Born on January 8, 1985 in Toronto, Canada to Pakistani Parents, Naomi Zaman was raised in a Pakistani household and growing up in Ontario, Canada gave her a good understanding of both Western and Eastern Cultures. Naomi’s mother discovered her singing gift at a very tender age of 3 years old and she performed her first live singing show on stage at the age 8 at the Brampton Civic Library where she wowed the audience with her on stage self confidence performance and angelic voice. After the performance, Naomi was noted as a charm of Elvis Presley because she shares the same birthday as the legend of Rock and Roll. Further on in High School Naomi was awarded Best Vocalist twice in a row and won Best Lead Performance at St. Thomas Aquinas School in Brampton, Ontario. Naomi Zaman did not stop exploring her gifts, in 2001 She competed and won the North American Abu Talib Temple singing competition and in 2004 she went on to win Delta Idol Competition. Naomi Zaman further performed at various ch aritable events across Canada and won the hearts of the many as a rising star in the making.

In hopes of making a difference in the Pakistani community on a global scale, Naomi Zaman competed and won Miss Pakistan World in 2005. This achievement shows Naomi Zaman’s goal to push further than her gifted singing voice; the award received as Miss Pakistan 2005 gave Naomi the opportunity to shed light on her heritage in a positive manner while promoting the culture of her native Land. Naomi went on to compete in several international pageants including Miss Tourism Queen International 2005 and notably the Miss Earth pageant, one of the three largest pageants in the world. Naomi Zaman won 2 international titles during her reign as Miss Pakistan World 2005 (Urdu: ?????? ???? ???????). She won as second runner-up of Miss Disco Girl of the Year and Miss Best in Talent in the special events of Miss Tourism Queen International 2005. These marked the first two international special awards ever won by a Pakistani delegate.

After touring the world and meeting many faces as Miss Pakistan, Naomi took a break from the pageant world to go back to her first love which is singing. Naomi is now working on her self titled Debut Album set to be released Summer of 2010. Naomi is releasing the first Single off the album called “Rock Desi” for her long awaited fans and the public to hear a taste of whats to expect from the album. The song Rock Desi is a bass heavy Radio/Club track with Naomi Zaman’s Hindi/English pop vocals style and a pulsing futuristic metal throb that continues the electro-oriented groove. The production on the song is lush with Naomi Zaman’s orchestration type vocals, simple catchy melodies and the drums that thumps, which will get the dance-?oor moving. Naomi Zaman’s powerful yet delicate vocals have lasting echos that gives the song a dreamlike feel, which does blend to the track’s lyrical content. ‘Rock This Desi Party’ as the chorus goes is written to sing/dance to and the subjective emotion behind the catchy chorus is relative to both men and women representing the Desi World. Rock Desi is specially dedicated to Naomi Zaman’s fans who have supported her over the years, its a song for all Desi People world wide to be proud of and celebrate to. Rock Desi is a catchy track that’s guaranteed to stay in your mind and get you dancing. Naomi Zaman spent years on crafting the right sound that represents her upbringing as a Canadian born Pakistani girl growing up on the sound of late 80’s pop songs fused with classic Bollywood music. Her music is a true representation of her upbringing as a bi-lingual girl with influences from 90’s R&B and Hiphop icons like Whitney Houston, Mariah Carey, Ahmad, Michael Jackson, 2pac, Fugees, Nusrat Fateh Ali khan, Asha Bhosle and Lata Mangeshkar.

Naomi Zaman vision is to touch people from all walks of life by connecting the bridges of culture and ethnicity. She believes in finding joy in life and appreciating the things that are important, like family and friends. Her philosophies and her playfulness are manifested in her music. With her liveliness and compassion, she continues to make a place in the hearts of many.