Thanks for liking the video of Kinara. Here is a list of some happening during the video making of Kinara. We were actually not having any specific plan to shoot this video but what ever happened in there was random. Normally on tours we are fully equipped with High definition cameras to record stuff but this time we thought of taking it to another level n record something funny. 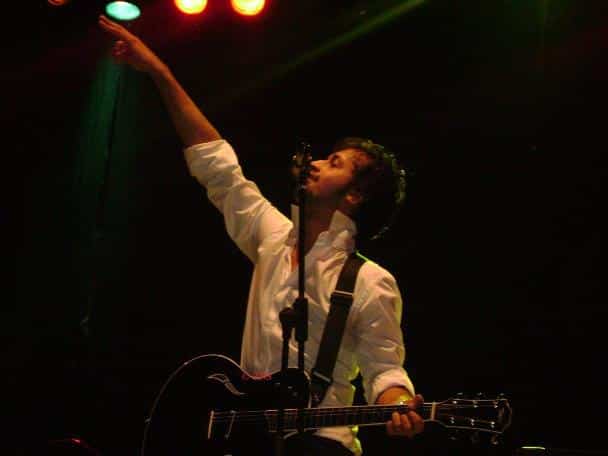 From Lahore we flew at PIA and asked the PIA pilots to let us shoot some scenes of atif in cockpit. The funniest part is he is putting on a short n his sleepers while flying a Boing plane hehehe

In Mauritius we had a great time in concert which is being shown in video.The concert was arranged at the highest point of the city and the venue was an Old French Castle in its original form.. Next morning we started working at 5 in the morning by burying all the band members in the sand. We asked the hotel waiters to made drinks with fancy colors to be shown in video. Atif n band were in sand for about 2 hours standing n buried up to their necks n than suddenly they got panicked perhaps due to so much weight of sand on their bodies n the itching due to sea animals in sand. so we decided the make them sit in sand rather than standing n than we buried them till their chests with sitting posture which made them feel comfortable. Sand Burial was looking a fun part to outsiders but it was really difficult for the guys under sand to perform under such a load

In the mean time the hotels chief manager who was a big fan of atif n a proud owner of Harley Davidson 2006 Arrived .Fortunately the same day he had already arranged a get together of all the best Harley Davidson bike Owners with their Bikes in Mauritius in his hotel. He invited us to get together n offered us a ride. Bikes were nothing else but pieces of sheer beauty. What a sound n what a ride it was. Atif being a big fan of cruise bikes was so excited and he took a longer ride. Bilal was sitting behind him to shoot the ride but he made his feet burnt on silencer getting lost in the pleasure of the ride of Harley. But those are my fav shots in the video

Next were the swimming shots in the ocean with guitar ( beginning of the video). The guitar which was already needing repair was damaged to death due to water n it was really difficult for atif to move it in huge sea waves coming n hitting him on beach. Thank God we got the underwater kit for camera to shoot it.

The last adventure in Mauritius was the under water deep sea walk. We were waiting for other vans to join us in front of a runway on a highway n suddenly I saw a plane about to land on that runway. Sameer was holding the cam at that time n he shot the scene. The initial thought of under sea walk was dreadful for the guitarist asad .He went into water saying Kalima n Darood thinking he ll not come back ever heheheh n I have that in my video footage there was a huge fear on his face.

The underwater world was altogether a different experience. Every body loved it. When u go down u feel pressure on your ears and its not very easy to maintain a vertical balance while standing on the seabed n if u loose your balance u may be dead cause of the weights being hanged with your body to keep u vertical.

We really felt how small we are in terms of creatures of God there are many more and much bigger in size in short “INSAAN KO APNI AUQAAT YAAD AA JATI HAY”. There are huge cities of sea creatures underwater. Small beautiful fishes came to us to collect bread pieces n there was a beautiful sound of their bite at bread piece which we could hear. The colorful fishes were in such abundance that we had a feeling we could catch any one of them but they were so swift that u cant even touch them n they ll run. It was a larger than life sight We remained under water for about 30 minutes but loved it.

Our next plan was parasailing in Mauritius but the winds were not favorable n we had to postpone it for Goa. The best part about the underwater video is there is one shot in which a life guard is standing with the band members but he is acting same like other band members n no one can recognize him in the video.

Our next stop was Dubai in Dusit Thani hotel at 39th floor as u can see in the video the sky line of Dubai is shown. All the shots of the hotel were unplanned n shahbaz was surprised by atif in the evening when atif went straight into his room n started singing in window n shahbaz was like “ Aye ki hou rya way”? hehehe

The Funny dancing shots of atif were shot backstage in the dressing room vanities at Dubai Arabian Ranches Race Crouses.

The last destination on the tour was Goa Where we enjoyed the parasailing. It was fun going about 1000m in air after the underwater deep sea walk. Atif did a wonderful job while shooting his own self with camera in one hand and holding the parachute with other as only one person was allowed to fly with parachute at a time. The toughest part was to keep the camera away from water after landing as we were not having its underwater kit in Goa but atif did a great job.

I was scolding at the parasailing people cause of not giving us the complete air time for which we paid but that naughty guy took his silent revenge by landing every other person on sand but me in the water making me completely wet hehehehehe but it was fun.

N finally we came back to Lahore with some funniest memories of all times. Bilal lashari did a great Job in making this video. The map shots were shot in Lahore in Bilals room. He also added some great special effects in making it more colorful n attractive. All the other boys contributed their part

Hussein took care of all the French babes coming near the band hehehe.

Hamad did well being always on the phone with his fiancée

Bilal fell of the creek loosing his balance due to no sleep in 3 days while he was peeing in the Indian ocean n guess what was the first dialogue he said after standing in water “ Ohh sh*t meray dollars geelay hou gay hen Pakistan men pehlay hi dollar 86 ka hou gaya hay “ hehehehe.

We ll upload the pics of the tour later