It’s been four years since Masty and my fans were missing Ali, the singer,” says Ali Zafar who will be releasing a lot of music in the coming months. He has one Sufi album lined-up for the release and other than that he will be giving soundtrack for three films, two of them are Pakistani films.

Ali recently came back to Pakistan to record the title track for Reema’s upcoming film, which will be releasing soon, after getting a break from his long shooting schedule in India. 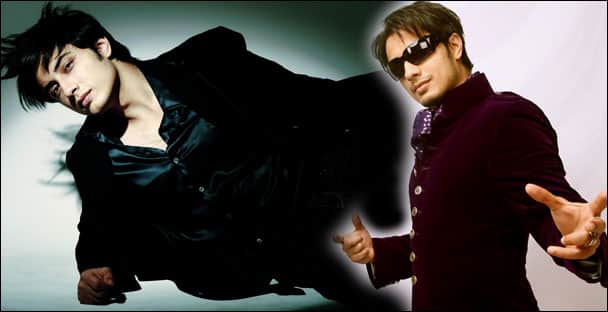 Other than acting he will also be singing playback in his forthcoming Yash Raj film “Mere Brother Ki Dulhan“, a romantic comedy co-starring Imran Khan and Katrina Kaif and will be singing three songs in it.

Ali will also be giving the soundtrack for Humayun Saeed’s Daag, a film based on a real-life story of a rape victim.

Recently, he was travelling across Mumbai to Goregaon West in Film City where he was shooting the music video for the title track of his third studio album “Jhoom“, which will be releasing by the year-end under Ali’s record company “Alif Records” and the proceeds from his new album (album sales and ring tones) will go into the rehabilitation of flood victims. He has written, composed, mixed and also arranged the songs of his new upcoming album. “The songs are more Sufist and make a distinction between what’s real and what’s fake, what’s permanent and what’s temporary.” says Ali.

It was not Tere Bin Laden which brought the Pakistani musician on the Bollywood map, but it was his music and precisely Coke Studio, “that fabulous concept” says Aarti Shetty producer TBL, brought Ali to India much before TBL did.

Ali Zafar’s fan following has always been huge because of his music and with so many music and acting projects in hand, his popularity promises to get bigger with time.