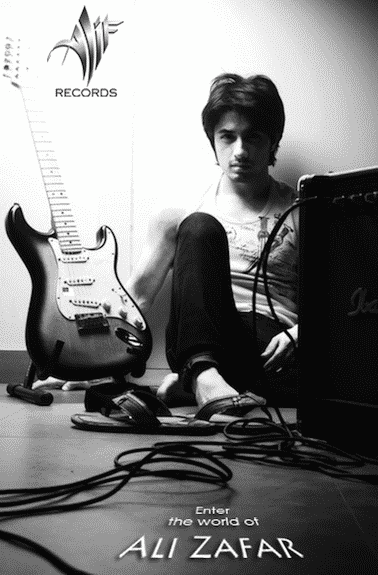 Ali lives in Lahore, has a second home in Dubai and wants to relocate to Mumbai to further his career. He is honest enough to admit that there’s more scope for him to function in India than in Pakistan. Hey says, “I’ll be honest. There are more avenues and prospects here (India). So if the God above and the politicians down below permit, I’d love to move to Mumbai. An artiste knows no bounds and boundaries. My first home is Lahore. But I’d like to make Mumbai my second home.” “Actors are like vagabonds, so I will travel wherever work takes me. There are no plans as of now to shift to Mumbai.”

However, he was unable to return recently because of the current political scenario. “Things have changed. My last visit was before 27/11 and I remember how pleasant the mood was in Mumbai. I was free to move around and roam freely on the streets of Mumbai. I cannot deny there’s tension between the two countries. Earlier aana jaana laga rehta tha. Initially, we artistes from Pakistan used to get multiple visas quite easily. Yes now it’s different, and sadly so. However, I feel singers and other artistes should be exempt from politics.”

“I wanted to do something different from what my colleagues from Pakistan do in India. I always thought my first acting experience would be something different and special. I’ve no leading lady in my first film Tere Bin Laden. I was determined that when I act for the first time, I’d sing for myself and not sing for others on screen. When I met the director Abhishek Sharma for Tere Bin Laden in Mumbai, I knew this was the project that I wanted to start my big-screen acting career with. I laughed so much when I heard the script. I was sure audiences would love it too.” Being married doesn’t diminish Ali’s popularity. “On the contrary female fans trust married men more than unmarried men. Married men are considered stable.”

He has managed to impress most people who have seen the film. Karan Johar has been raving about him ever since he watched it. Ali is on the verge of signing new films in Mumbai and moving in Mumbai. “I love the city. I want it to love me back as much as I do.”