In the latest episode of “Big BossBig Boss” Season 4, Indian actor Ashmit PatelAshmit Patel and Pakistani actress Veena Malik got cozy with one another with Veena kissing Ashmit despite the fact that the two had a brawl few days back.

It happened when Big Boss gave an overnight task to Ashmit and Veena to welcome Diwali, a festival of lights, by lighting up lanterns and keep them illuminating throughout the night beside the house pool. Both the contestants were required to remain awake. 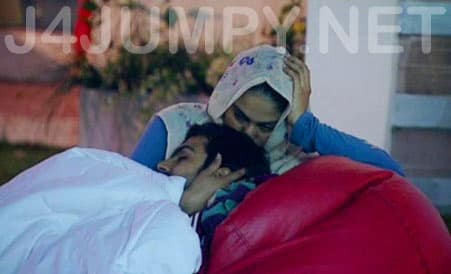 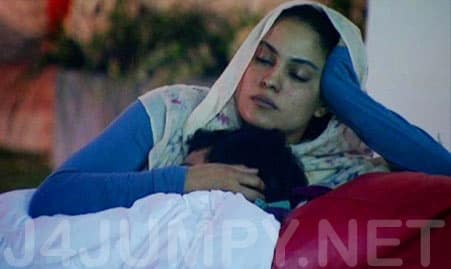 As both lay awake guarding the lanterns, Sara Khan sensed the inevitable danger and joined the duo, not leaving Veena alone with Ashmit. However, after some time, Manoj Tiwari and Hrishant Goswami intervened and compelled Sara to farewell Ashmit and Veena, thus sending her to bed.

As Sara left, some hidden flames were waiting to flare and the night cameras captured Veena and Ashmit resting on the same bean bag with Veena cuddling Ashmit like a baby and Ashmit finding comfort in her arms.

Later on, Ashmit slept while Veena kissed him on his head and remained awake to complete the task.