Annie, who has already made it big in the Pakistani music scene, announced the launch of her pop career in the UK with the single “Be My Baby” mixed by the award winning DJ, Judge Jules, who was also present at the conference. 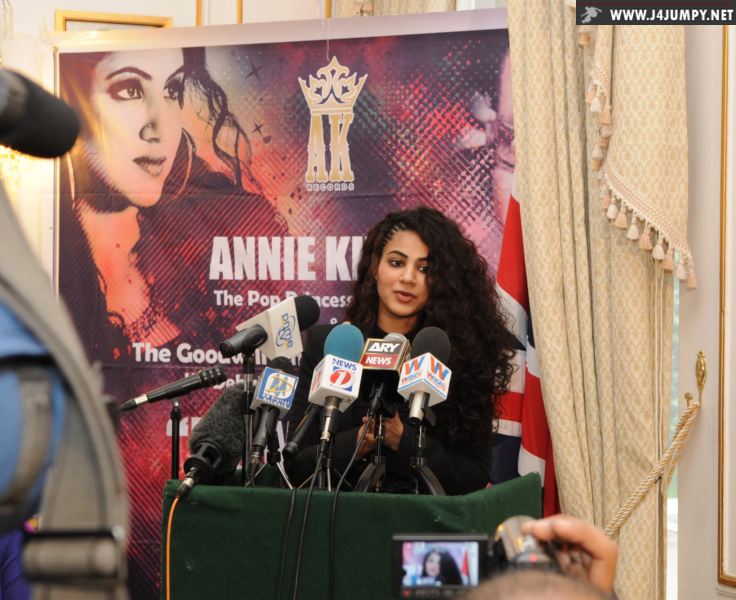 The music video of the song is already on air and has been directed and produced by Bradley.tv.

Reporters from the UK were invited to attend this important event.

The song “Be My Baby” will be available on iTunes from 25th of October. 2010. All the proceeds from this UK debut single would be donated to the flood victims in Pakistan.

Being a global artist Annie feels she can work for various causes and bridge gaps between communities. She has a registered charity with which she would like to raise health and education awareness worldwide.

She was recently in Norway where she raised money with the Red Cross for the flood victims in Pakistan and was appointed as the Goodwill Ambassador for the Norwegian Red Cross.