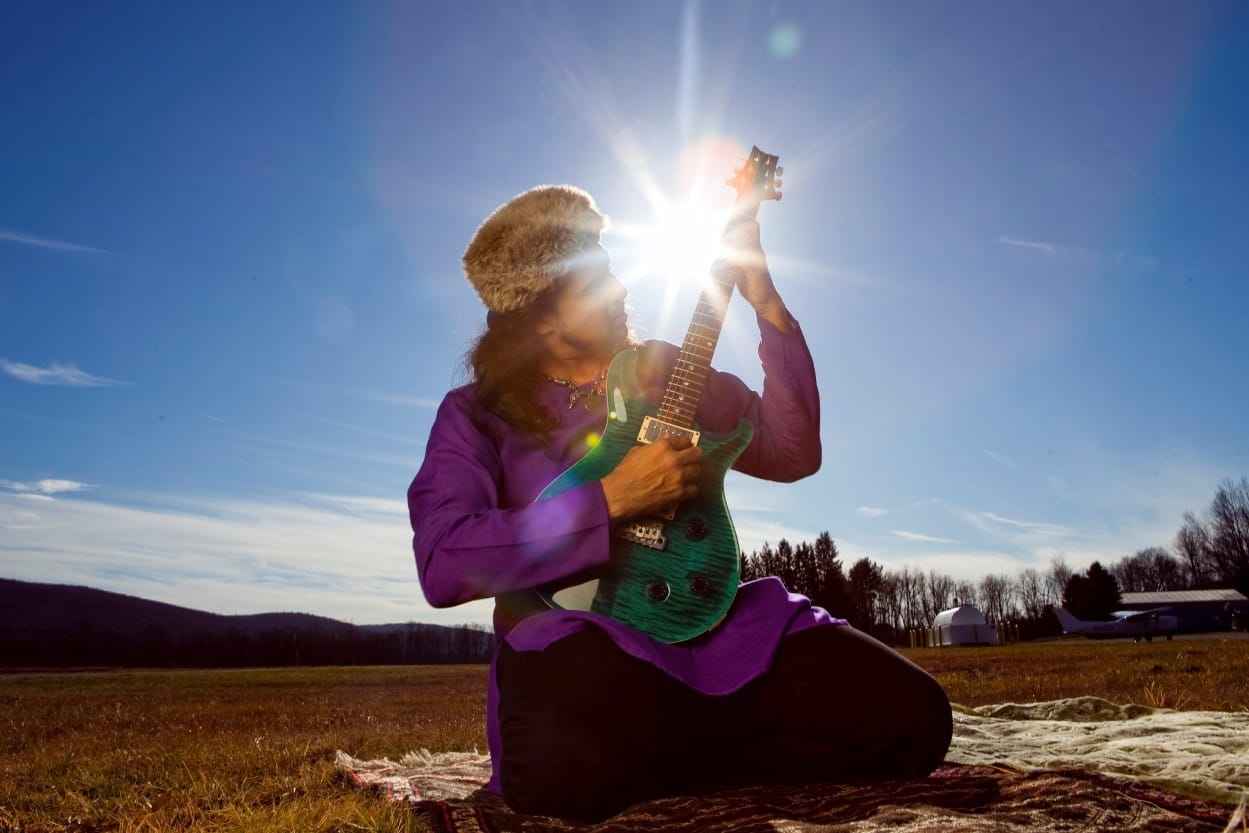 1. In the book, the recollection of your encounter with Gene Simmons (on Politically Incorrect) was quite appalling and unnerving. Did Simmons shake some of your belief in the spirit of rock n roll that day?

Gene Simmons’ surprise personal attack on TV showed me a sad glimpse of a raging rockstar trying to resemble a mad mullah. My post 9/11 appearance on Bill Maher’s “Politically incorrect” confirmed that the so called “clash of civilizations” is actually a clash of ignorance between Islam and the West.

2. Have you had any other experiences of this kind where you’ve had to confront ignorance and blind fury projected by accomplished/educated individuals from whom you would least expect it?

As I write in Rock & Roll Jihad, having a Muslim name and trying to get on a plane in America or Europe is never short of a roller coaster ride and an interrogation adventure with immigration officials and security personnel. In April this year, Junoon was almost disinvited from performing on Earth Day in New York’s Times Square because a confused city official found the “Jihad” title of my book offensive. When I threatened to inform the press about possible violation of my rights and discrimination, the official relented and Junoon got an apology from Mayor Bloomberg’s office after they understood my usage of the word Jihad. As Ringo’s song goes “It don’t come easy” but never mind the hurdles, Junoon still managed to rock times square on Earth Day. 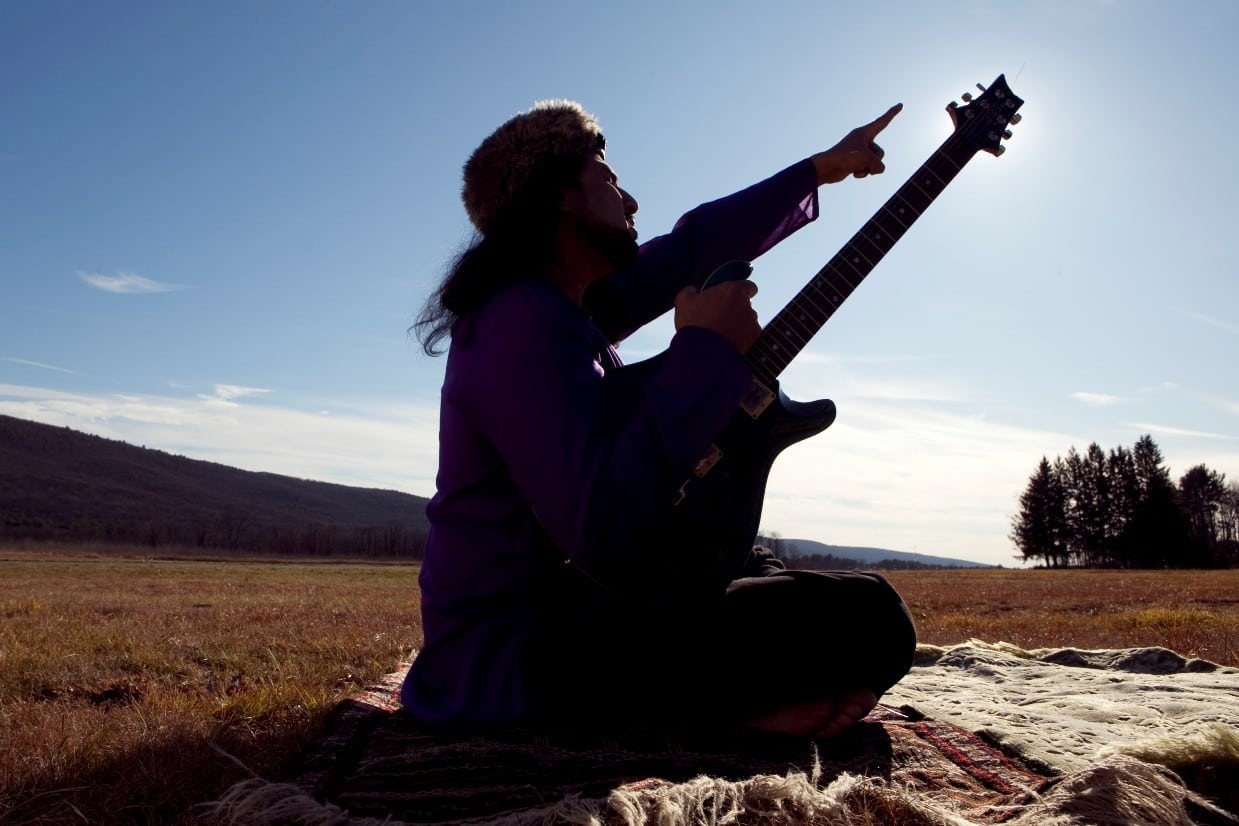 3. In your BBC Hardtalk interview I love how you are trying to re-instil a sense of positivity to the word Jihad. It in itself beautifully explains the essence of your cause. But if you could word out your major concerns today, what would they be?

A minority of thugs masquerading as holy men have hijacked Muslim culture and faith traditions. Its a sinister case of identity theft and its the extremists who have hogged the public sphere and are threatening to marginalise mainstream Muslims. Its like the KKK speaking for all of Christianity. Even though a diverse majority of Muslim voices have publicly spoken out against the terrorists they still don’t get the same media coverage as the terrorists do. For example a week after Junoon performed at Times square an unknown American-Muslim named Faisal Shehzad tried to blow up his car in Times Square. Shehzad’s failed and novice attempt at being a terrorist made world headlines while other American Muslims who are striving to achieve their dreams and represent the top 15% of the education and economic bracket get trumped by the terrorists . Although President Obama’s administration is beginning to address this lopsided balance and we are now beginning to see more American-Muslim voices in US administration and the public space, there is a lot of work yet to be done.

4. Are you writing any new material right now, any new singles we should expect? If yes, would be great if you could elaborate on them? Also, what direction are you taking with your music today?

In India, My book (Jaico publishers) will be accompanied by a free cd which includes two new singles, Love Can and Bulleya plus a best of Junoon including Sayonee and Meri Awaz Suno. I’m also currently working on fresh new material for a brand new Junoon album, which will come out early 2011. I’ve also been in touch with AR Rahman and hope to collaborate with him in the future, Inshallah!

5. Time seemed to have healed the wounds of 9/11, in recent years people started to think rationally and open-mindedly again as the stigma against Muslims seemed to have subsided. But the recent episode at Times Square seemed to have dredged up that feeling of fear again. It’s like a backlash for peace crusaders like you, do you sometimes feel these destructive powers will always undermine your efforts?

As my personal story bears witness : In the long run the guitar is more powerful than the gun and arts and culture will always be mightier than the sword. The whisper in the heart has strength, it may not have wings but it has the power to fly. (Iqbal poem) 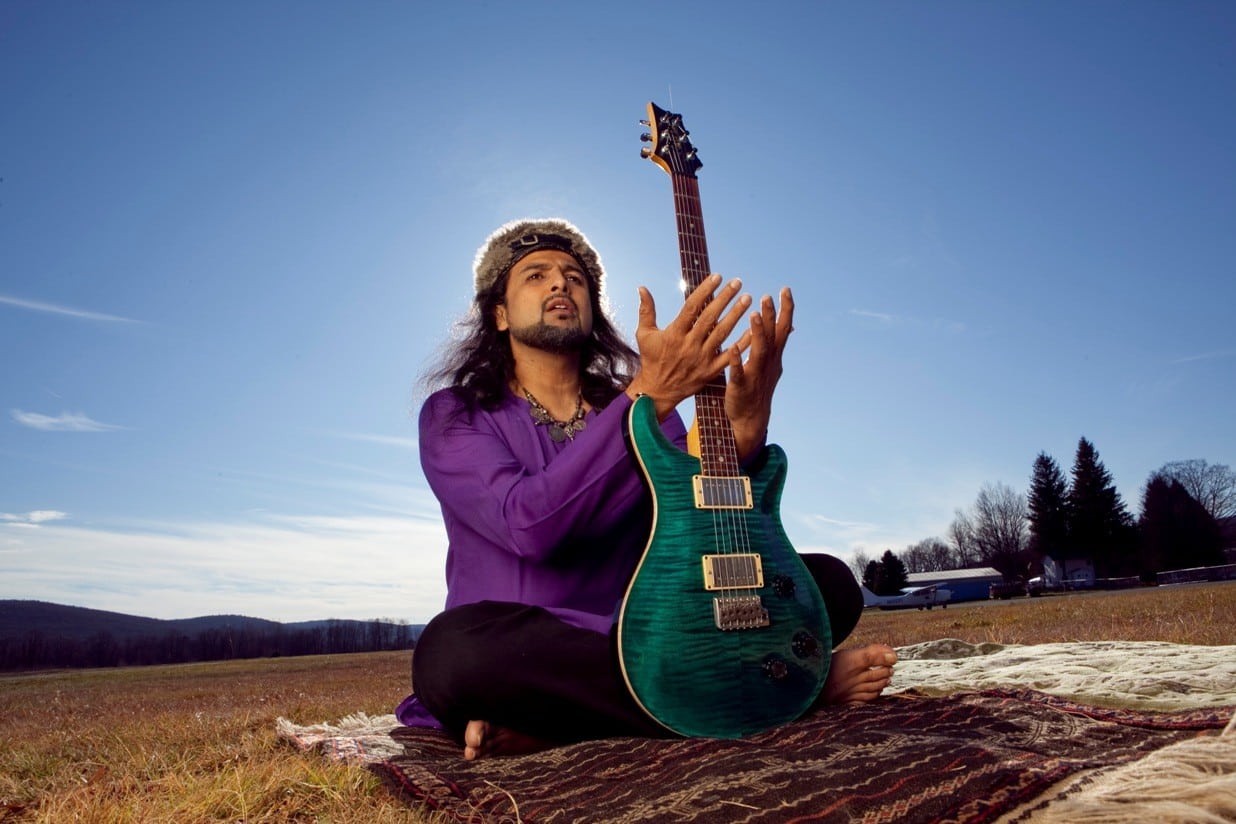 6. What is your view on artists like Yusuf Islam? Especially after what was rumoured to be his showing support for the fatwa issued against Rushdie. Do you think that a strong and positive artistic influence has turned himself over to reactionary forces?

I believe that Yusuf has evolved over the last two decades and has discovered that Islam does not prohibit music and poetry or the playing of instruments. It was his son who was playing the guitar that made Yusuf pick it up again. Children always symbolize fresh hope and truth, sometimes we forget to listen to them. I love Yusuf’s latest album Road singer .

7. Have you read The Taqwacores by Michael Knight or heard of the Taqwacore movement – a confrontational subculture of Muslim punk bands in America? If yes, I’d like to know of your thoughts on the same.

Yeah,in fact Shahjehan and Basim of the Kominas have been long time Junoon fans. we jammed together on a very raucous and loud punk-rock version of Dum Mustt Qalandar at Harvard University earlier this year.Michael Knight’s book like RRJ represents the rich diversity of Muslim voices that I was referring to earlier.

8. Especially within the Muslim diaspora many traditions/rituals are questioned, wherein the Islamic definitions of moral conduct and righteousness frustrate the American facet of their identity. These kids wilfully eat pork and embrace their sexuality while identifying as Muslims. Where do you stand on this and how do you reconcile the glaring differences between the two cultures, in your personal life?

Islam allows the freedom for every believer to have a personal relationship with God. There is no middle man or woman in Islam. Nobody has the right to judge how you live your life because ultimately you’re the one who will be accountable for your actions in this life. I agree with Bulleh Shah when he wrote:

“you can destroy the mosque, tear down the temple,break anything that can be broken,but never break anyone’s heart because that’s where God lives”

9. With some having predicted the worst and showing little faith in the backbone – the political and judicial system – of the country, what do you think of the current state of affairs in Pakistan and see for its future? Do you think Pakistan needs rescuing?

Many people make the mistake of underestimating the potential of Pakistan. Despite a chronic lack of good leadership, Pakistan is a country brimming with natural talent- Pakistani cricketers and rock musicians are just one small glimpse of a dynamic nation.

As I write in the book, Pakistan has allowed me to achieve all my dreams. Despite the many hurdles and challenges, its still a land of opportunity for those who have a desire to discover their Junoon. History tells us that both Jinnah and Gandhi, despite being staunch nationalists and political rivals imagined a peaceful relationship between Pakistan and India

In the 21st century, we live in an increasingly interconnected world where we face common threats like poverty, water shortages, terrorism, pandemic diseases and global warming. If we realistically wish to solve these problems we have to transcend our fears and differences and help create a mutually beneficial relationship between these two important South Asian neighbors.

10. Is America your home now, or are you just passing through? Any plans of moving back to Pakistan soon?

I’m a wandering spirit the earth is my home, my heart is both in New York and Lahore and I’m constantly in motion. As Rumi said:

“If you follow the music it will show you the way.”