After signing one of the lead roles in another #Bollywood film starring #Katrina-Kaif and #Imran-Khan, is #Ali-Zafar moving to Mumbai? 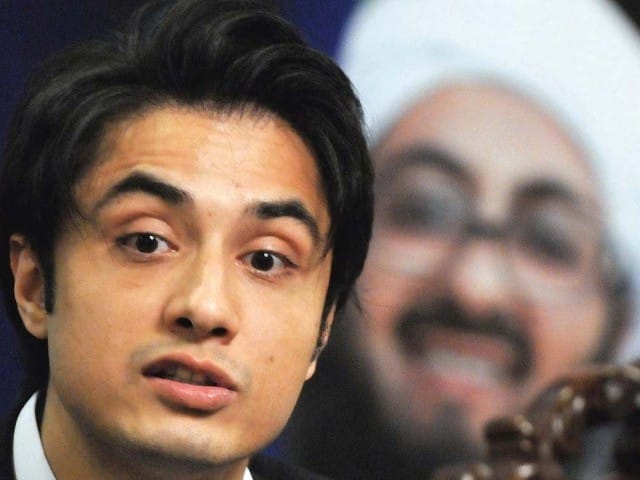 After the massive success of #Tere-Bin-Laden, that marked #Ali-Zafar debut in #Bollywood, Aditya Chopra of Yash Raj Films has signed the actor-singer for its upcoming project.

Sharing the screen-space with the heartthrob will be Indian stars like #Imran-Khan, #Katrina-Kaif and Sussane Kapoor while another new face is yet to be finalised by the production house.

Confirming the news, Yash Raj Films representative said, “Ali Zafar has been confirmed for a leading part in the movie along with Imran and Katrina.”

Shooting for the directorial debut of Ali Abbas Zafar will begin next month.

Sharing the details with Daily Express, #Ali-Zafar said, “Being offered by Yash Raj Films right after my first film is a great feeling. But I gave my nod after going through the plot and script of the film. It’s a big-budget family movie and I’m being cast for a lead role. The organization will also feature a new face in this film and the auditions are already in progress.”

The offer to Zafar came after #Ritesh-Deshmukh reportedly declined to play the role.

The untitled film is not the only #Bollywood project Zafar has been offered after #Tere-Bin-Laden that left ripples across India. With their first deal already made, the production house is said to be casting Zafar for at least two more films.

With many offers coming his way, #Ali-Zafar has his fingers crossed about moving to Mumbai. “There are more avenues and prospects here. So if the God above and the politicians down below permit, I’d love to move to Mumbai. My first home is Lahore. But I’d like to make Mumbai my second home,” he told Times of India.

Zafar’s friend and director of #Tere-Bin-Laden, Abhishek Sharma has also confirmed the news, “He has some really good offers in Mumbai. And he is planning to relocate himself into Mumbai.”

The actor, however, gave a vague response when the question about his relocation was raised during a press conference in Karachi last month.

So, has the relocation plan anything to do with the ban on his last film in Pakistan?

“In Pakistan nowadays the entire artists’ community feels frustrated because there is very little or no room available right now for the artists to actually manifest their work in a way that they want to and to gain returns out of it.

“There is no real concentration or policies that are being devised from the government to encourage art and culture,” said Zafar in an interview with Express News.

Or is he shifting because of his obsession with Bollywood?

“The first time, I went there (Mumbai) in 2004 to release my first album. Mumbai is all about #Bollywood. There is nobody bigger than a #Bollywood star. I said that someday I’ll play a #Bollywood hero,” said the actor.