New rumor about the great singer who belongs to Pakistan pop singer Atif Aslam Died today become a high place on the search engines and this news and topic becomes in the top searches of Google Trends. Its just a rumor and Atif Aslam has not died. 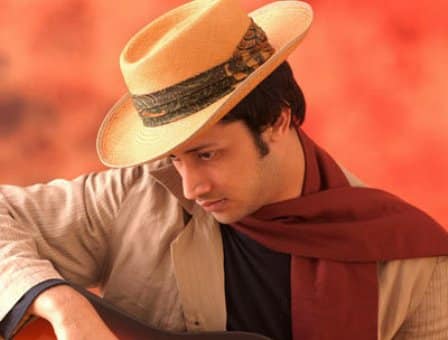 In March 2010, the website published a news saying “the well-known Pakistani Atif Aslam experience in carrying out this act broke his back in a concert yesterday in Karachi audience. He was immediately sent to the hospital, Imran Khan in Lahore, but officials later learned that the hospital only treats patients cancer, at midnight, he arrived in Karachi and Aga Khan Hospital. By Atif Aslam docters suffered loss of backbone for the trick he was trying to do.

Dear fans we are all aware of the fact these days a rumour is being spread by certain media that ATIF ASLAM is suffering from throat cancer or he broke his back & he has very less time of life left. Being a muslim it’s our belief that no one knows when one is going to die but as of now there is no truth in this rumor. Atif Aslam is perfectly fine Alhamdulillah & keenly doing his projects. This false news ie being spread by the people who are jealous of the peaks of popularity & demand that the rock star is touching. The aim is to hamper the on-going projects & to make people hesitant of doing any further projects with him. But just like past once again such people will just face a failure of their dirty intents. May Allah give them hidayat & keep ATIF ASLAM living, singing & healthy forever & ever.