WikiLeaks posts video of US killings in Iraq

A US defense official confirmed that the video and audio were authentic.

Washington: Classified US military video showing a 2007 attack by Apache helicopters that killed a dozen people in Baghdad, including two Reuters news staff, was released on Monday by a group that promotes leaking to fight government and corporate corruption.

The group, WikiLeaks, told a news conference in Washington that it acquired encrypted video of the July 12, 2007, attack from military whistleblowers and had been able to view and investigate it after breaking the encryption code.

A US defense official, speaking on condition of anonymity, confirmed that the video and audio were authentic. 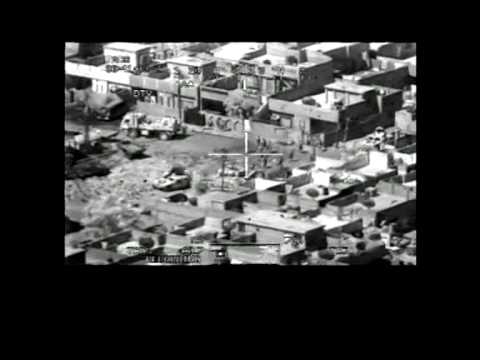 Transcripts: [ English | German | Polish | Russian | French]
To read or download a transcript of the radio communication in the video, please select a language below. If your language is missing, you can help us by translating from the original english version, and mailing it to cm-translations@sunshinepress.org.

Major Shawn Turner, a spokesman for US Central Command, said an investigation of the incident shortly after it occurred found that US forces were not aware of the presence of the news staffers and thought they were engaging armed insurgents.

“We regret the loss of innocent life, but this incident was promptly investigated and there was never any attempt to cover up any aspect of this engagement,” Turner said.

The helicopter gunsight video, with an audio track of conversation between the fliers, made public for the first time a stark view of one bloody incident in the seven-year war in Iraq.

It showed an aerial view of a group of men moving about a square in a Baghdad neighborhood. The fliers identified some of the men as armed.

WikiLeaks said the men in the square included Reuters photographer Namir Noor Eldeen, 22, and his assistant and driver Saeed Chmagh, 40, who were killed in the incident.

“The gathering at the corner that is fired up on has about nine people in it,” Julian Assange, a WikiLeaks spokesman, told reporters at the National Press Club.

The gunsight tracks two of the men, identified by WikiLeaks as the Reuters news staff, as the fliers identify their cameras as weapons. Military spokesman Turner said that during the engagement, the helicopter mistook a camera for a rocket-propelled grenade launcher.

The helicopter opened fire on the small group, killing several people and wounding others. Minutes later, when a van approached and began trying to assist the wounded, the fliers became concerned the vehicle was occupied by militants trying to collect weapons and help wounded comrades escape.

The Apache helicopters requested permission to attack the van and waited impatiently.

“Come on, let us shoot,” said one voice.

The fliers were granted permission to engage the van and opened fire, apparently killing several people in and around the vehicle.

Two children wounded in the van were evacuated by US ground forces arriving at the scene as the Apache helicopters continued to circle overhead.

“Well it’s their fault for bringing their kids into a battle,” one of the US fliers said.

David Schlesinger, Reuters’ editor-in-chief, said the video released by WikiLeaks showed the deaths of Noor-Eldeen and Chmagh were “tragic and emblematic of the extreme dangers that exist in covering war zones.”

“The video released today via WikiLeaks is graphic evidence of the dangers involved in war journalism and the tragedies that can result,” he said.

Reuters has pressed the US military to conduct a full and objective investigation into the killing of the two staff.

Video of the incident from two US Apache helicopters and photographs taken of the scene were shown to Reuters editors in an off-the-record briefing in Baghdad on July 25, 2007.

US military officers who presented the materials said Reuters had to make a request under the Freedom of Information Act (FOIA) to get copies. This request was made the same day.

Turner said the military had released documents to Reuters last year in response to the FOIA request showing the presence of weapons on the scene, including AK-47 rifles and an RPG 7 grenade launcher.

Assange said he disagreed with a US military assessment that the attack was justified.

WikiLeaks posted the video at https://www.collateralmurder.com