Mumbai – After courting severe backlash for her controversial nude photo shoot with FHM magazine, Pakistani starlet Veena Malik has mysteriously gone missing from her Mumbai residence. Apparently, Veena’s business manager Prateik Mehta and filmmaker Hemant Madhukar revealed that Veena is untraceable since the morning of December 16. Veena was shooting for a horror flick ‘Mumbai 125 kilometres’ in Goregoan (West) before disappearing. 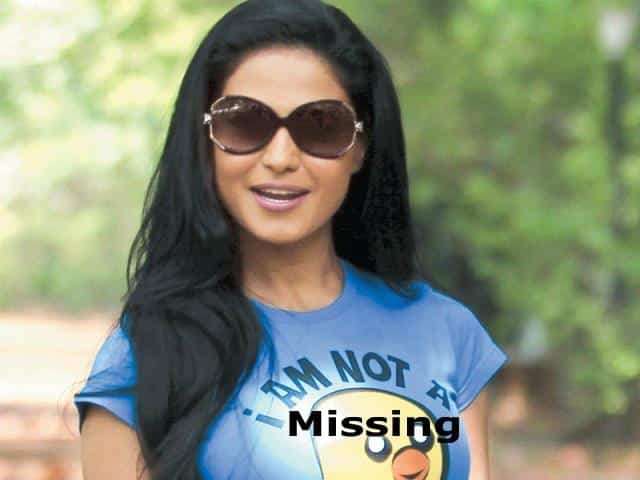 Hemant said, “Veena, without giving her last shot at 5 am for my film ‘Mumbai 125 kilometres’, suddenly disappeared from her vanity van. Her mobile too was not reachable I assumed that the actress was tired and left for home.” However, Hemant received an SMS from Veena, which disclosed that the actress was depressed and unwell. After almost twelve hours of the incident, Prateik and Hemant discovered that Veena was missing.

“Today we had a couple of shots with Veena but I realised that her phones are still switched off and she has also not communicated with her manager since then which is indeed serious. Veena normally is very chirpy and full of life on the sets but from past few days she looked depressed. Hope she is fine.” added Hemant. Hemant and Veena’s manager have approached the local Bandra Police to help them find Veena Malik.

One response to “Veena Malik goes missing in Mumbai”