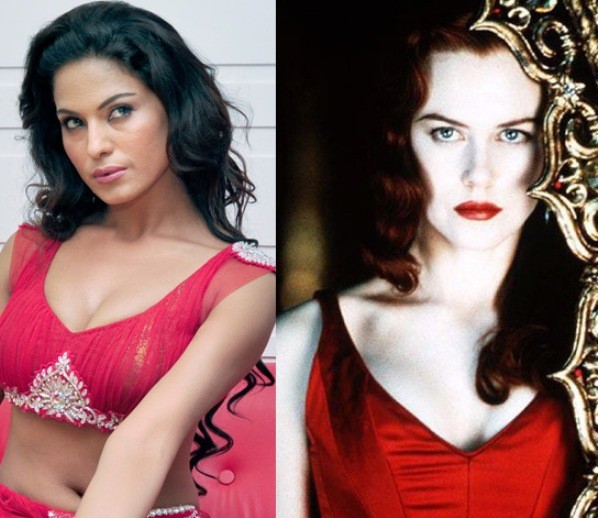 It seems Nicole Kidman has realised that Rs. 5 crore is peanuts for her Bollywood item number after all. Veena Malik has shot for an item song in Gali Gali Mein Chor Hai which the Hollywood actor was interested in but politely refused to do. The Pakistani babe who has been craving for attention is very happy with it.

The song has Veena as the face of a political party. It is election time and Veena performs for more votes. We hear Nicole loved the idea but backed out over a fee dispute. Her charges were too much for the producers to accommodate in their budget. Right, as if they thought they could actually get Nicole! We’re sure she wouldn’t have done it for Rs. 50 crore! Or maybe she would’ve.

But you really can’t expect that a film starring Akshaye Khanna, Shriya Saran and Mugdha Godse and set in Bhopal will have much draw, after all. So finally, Veena stepped in.

This is Veena’s second item song after her jig in Riteish Deshmukh and Genelia D’Souza’s film Tere Naal Love Ho Gaya. The new song Channo has been rendered by Mamta Sharma, singer of the Munni badnaam hui from Dabanng.