Abrarul Haq: Tuning in to PTI

LAHORE: Whether you love the party or despise it, there is one positive thing Pakistan Tehreek-e-Insaf (PTI) has done in a very short while. It has woken up the Pakistani youth from their former days of complete political indifference. And where the youth goes, music and fashion are sure to follow. Nowadays everyone, from musicians and poets to models and fashion designers, wants to join the Imran Khan brigade. 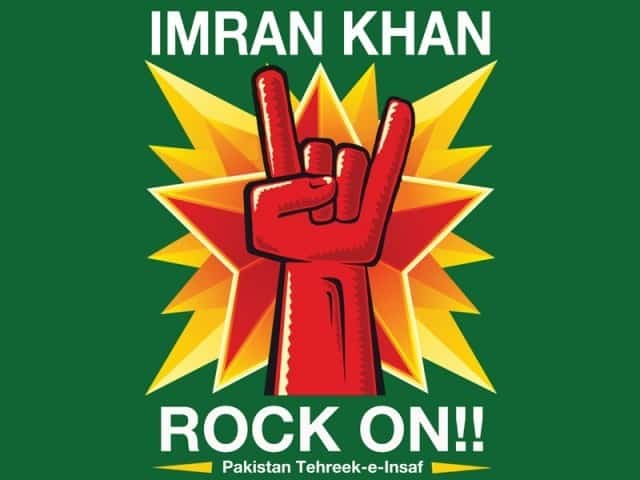 Recently, there was much furore over Abrarul Haq, the king of bhangra music and the musical icon behind “Billo” joining PTI. Although the musician-turned-social worker hasn’t officially given an acceptance statement yet, The Express Tribune spoke with Haq to learn more about the artist’s alleged political affiliation mentioned on PTI’s Facebook page.

“It is the love PTI members have for me that instigated this announcement, but I haven’t joined the party yet,” said Haq. “I have consulted the members of the Youth Parliament of Pakistan (YPP), my close friends and family members — they have all given me the green signal to join PTI. However, when I officially join the party, I’ll hold a press conference informing everyone myself,” he added. When asked whether he will be a part of the PTI’s Karachi dharna on December 25, the music maestro laughingly said, “You never know!”

Haq hasn’t been the only musician who has been associated with PTI. On August 11, the Islamabad-based band Alag came out with a patriotic number called “Jaago Pakistan”, which was dedicated to PTI. Amongst other musicians, the band Soch, Alterego and pop singer Shahzaman Alam have also expressed their support. A plethora of Imran Khan’s own friends such as Ali Azmat, Strings and others who had worked with him during charity tours to raise funds for Shaukat Khanum Cancer Memorial Hospital have been consistent supporters of his public rallies.

One of Imran Khan’s childhood friends, Mian Yousuf Salahuddin, who is the grandson of Allama Iqbal, has composed three songs including the hugely popular Kalam-e-Iqbal “Utho Meri Duniya Ke Gareebo Ko Jaga Do” sung by Rahat Fateh Ali Khan. He handed two of his compositions over to Insaf Student Federation (ISF) for PTI’s Lahore jalsa. “PTI have brought out this passion and nationalism and the media is witnessing this movement,” says Salahuddin.

PTI’s youth wing and its office bearers have also promoted underground musicians by allowing them to perform at rallies. On the other hand, underground bands have chosen dharnas as a platform because they pull in a much larger audience than regular concerts.

Maria B adds a fashionable touch to PTI

Fashion designer Maria Butt, popularly known as Maria B, has joined PTI and become a member of its womens wings. When asked the reasons that made her choose PTI, Maria B gave three reasons, “Firstly, I admire Imran Khan’s character because for the past 15 years he hasn’t succumbed to pressure or corruption. Secondly, I run my private fashion house, and never before have I seen poverty and helplessness levels rise to this extent amongst my workers. Thirdly, I haven’t seen the youth getting involved in politics. Today, the youth is becoming politically active and interested in voting and this trend can be attributed to PTI.”

With additional reporting by Rafay Mahmood and Saadia Qamar