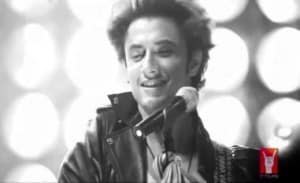 Last year, soon after the release of “Tere Bin Laden“, Ali Zafar auditioned for the remake of Chashme Baddoor to be directed by David Dhawan. After “Tere Bin Laden”, Dhawan was quite impressed by the Zafar’s comic timing and decided to cast him in his upcoming film. February this year, Zafar confirmed signing up for a romantic comedy film. Chashme Baddoor is a classic, directed by Sai Paranjpe in 1981 and is being remade by Dhawan.

Moments ago, we have learnt that the film will also feature Rishi Kapoor, apart from Sonu Nigam, who will play a paanwaala in the remake of ‘Chashme Baddoor’. Rishi Kapoor is known for delivering the best of such comic roles which is why the film is expected to keep you entertained.

The classic Chashme Baddoor is a story of three friends who had a thing for a girl ‘Neha’.

The lady to play Neha has yet to be finalised.