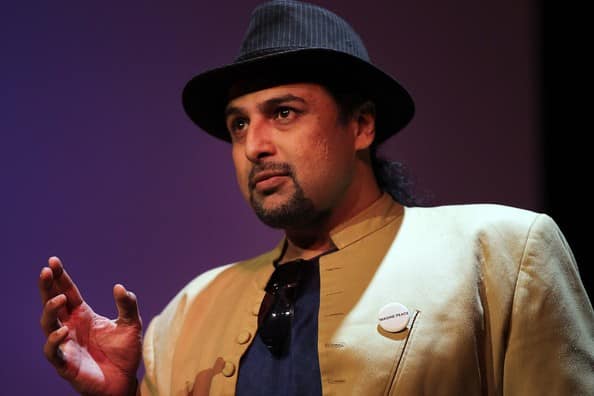 “Great to be with UN Secretary General Ban Ki-moon and watch ‘If I Could Change’ on the giant video screens in the UN general assembly hall,” Ahmad tweeted an update for his fans.

Paying tribute to the humanitarian efforts being conducted across the globe, the video features images of disaster-struck areas including the flood-affected areas of Pakistan. The song hopes for a bright future, addressing a positive change through humanitarian campaigns: “If I could change the world today. I’d turn the sky to blue from grey. Take away the hurt I see. Make sure that we all live happy.”

Other than the UN general assembly hall, the video was also scheduled to be screened at Times Square in New York. “‘If I Could Change’ featuring Ziggy Marley and Salman Ahmad will premiere in NYC Time Square digital billboard and 70 other countries,” said the official page of Sweet Rush on Twitter.

“I’m very moved by that and I’m always moved by the images of the children who are playing and smiling,” commented the Unicef Executive Director Anthony Lake right after the screening.

“I hope that the song will inspire a new generation of humanitarian workers and indeed inspire people everywhere to get involved. It’s all about the fact that we can all change our world for the better,” Under-Secretary-General for Humanitarian Affairs Valerie Amos said at a news conference conducted after the launch.

August 19 was declared as World Humanitarian Day by the UN General Assembly in 2008 to honour Sergio Vieira de Mello, a humanitarian worker.