Axer is a School Rock Band of Boys from HITEC School And College. The Band was firstly formed by Salman farid in 2008 which was later joined by Nouman Joseph, Nokhaiz Joseph (honey), Awab khawaja (chini). Axer Unassuming Innocent looks and boy Next Door Demeanor Is a Façade behind which is Hidden a Naughty, Energetic, Annoying yet Endearing Personality that one Can’t help but get Addicted to… If Mischief Attracts Company… then Axer Attracts the whole Jing Bang lot….. 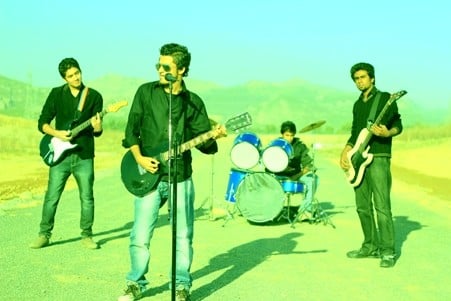 There lyrics and vocals are deep and powerful and such which anyone can relate to, leaving people mesmerized and wanting for more. The band is inspired of western bands like Green day, Linkin park, Skillet, Sether and also from the local bands Akash, Call, E.P, Junoon etc.Soon the Band would be coming up with his new singles,videos and albums

“Dill KI Baatian” is the Debut Original from Axer The Band.The Band is coming up with there Debut Video “Unjani Sii Raa”….Very Soon….