Skip to content
KARACHI: It’s an anthem for some, a symbolic representation of culture for others and an appealing melody for many more. 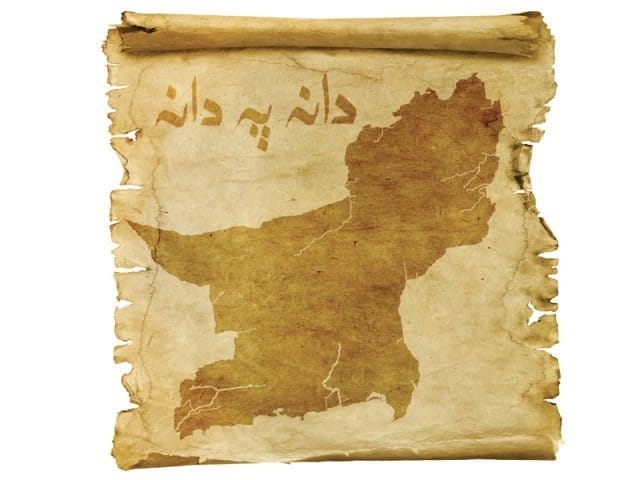 The Brahvi folk song is considered to be one of the finest and most celebrated pieces of poetry and song writing in the history of Pakistani folk music, penetrating pop culture after it was performed by Pride of Performance winner Akhtar Chanal Zahri – the maestro behind the song at the “Coke Studio”.

“It was not a song but a revelation that came to me while I was sitting in Kalat, a city which once held the throne of Balochistan,” Zahri told The Express Tribune. It was at a tailor shop in Quetta that the writer first heard a faqeer chanting the phrase “Daanah Pah Daanah” on a cassette player.

“As soon as I held my pen, I knew this song will be about peace, love, brotherhood and above all, the love for our Balochistan,” said Zahri. Sharing more details about “Daanah Pah Daanah”, Zahri said the song was written in Brahvi — a language spoken by Brahvi people who are ancestral shepherds. In “Daanah Pah Daanah” too, a shepherd introduces Balochistan to his sons and the sounds he makes while singing, are meant to create a visual of a flock of sheep that he is walking with.

“All the Balochi melodies are derived from the stroll of a camel and hence they are based on a beat of six. That is what makes the melody of “Daanah Pah Daanah” very different as compared to Sindhi or Punjabi melodies which are based on the gallop of a horse with a beat of four,” said Zahri.

The song became an instant hit as soon as it was released in 1990. “The song talks about the Balochistan that existed in the 1700s and 1800s. Hence, it has references to Kalat being the capital of Balochistan and to mountains’ peaks like Chiltan, Shahshan and rivers like Harboi and Marjaan. This all reflects the narrator’s love for the land,” told Zahri.

Zahri believes that some people, with no understanding of poetry, attach political connotations to the song which he finds totally incorrect: “It does not talk about separation, it does not talk anything negative and it is an anthem of peace and brotherhood, nothing more than that.”

Zahri has come a long way marking his 50 years in music but the artist admits he was upset when Shazia Khusk released her own version of “Danaah Pah Daanah”. The two first met at Sachal Sarmast mela, where Khushk showed her interest in singing the song but Zahri believed Brahvi was a difficult language to sing. Zahri claims that he offered to discuss the project details with Khusk at a later date when he had to visit Hyderabad.

However, he saw Khusk’s new album in the market featuring the same song. Before he could do this, he hired a lawyer to file a case against Khushk. However, Zahri was pacified after the involvement of a government representative.

“Shazia and I never performed together and she has nothing to do with ‘Danaah Pa Daanah’ and that is why Rohail Hyatt called me instead of many other folk artists who have copied the soundtrack,” said the singer.

No matter how long and hard his journey has been, Akhtar Chanal Zahri gave us a melody that will remain as an integral part of Pakistan’s folk music.

Among the multitude of grains (in the world), mine is this grain (you)

(Now that) you and I have grown to be friends

We have no need of anything

O, my good sir, Soomro (the prince who came between two lovers)

Desist, sir, for God is powerful (in retribution)

(Among the) multitude of grains, this grain has

This lovely pearl has stolen my heart

May you live long, live long!

You have stolen my fragile heart

May you live long!

Kalat is our Khan’s country

This is the capital of Balochistan

Come and see the water of the Dudran spring

Naseer Khan Noori is our Khan

We devote our lives to our country