Coke Studio embodies a musical fusion of exciting elements and diverse influences, ranging from traditional eastern, modern western and regionally inspired music. Bringing alive the magic of live recordings and performances, Coke Studio prides itself on providing a musical platform which bridges barriers, celebrates diversity, encourages unity and instils a sense of Pakistani pride. Coke Studio is an inspired step by Coca-Cola for having created a platform where renowned as well as upcoming and less mainstream musicians from various genres can collaborate musically 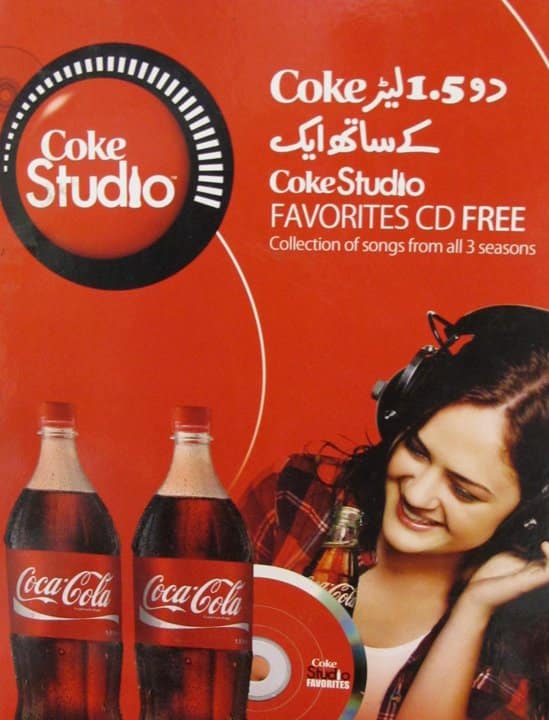 Coca-Cola the company itself has started giving away a free Coke Studio CD, of the last 3 seasons. Just buy two 1.5 liters of Coca-cola bottles you will see the CD attached to the new packing of two bottles together. The Coke Studio content is always free to download for everyone on their official website, but people who like to have collection of good music CD’s then they have this opportunity to grab the coke studio CD.

On the other hand, JoSH’s new album called “Beyond The Kismat” has been released all over Pakistan. The album is being distributed free with some specific meals at McDonald’s (Pakistan Only). They have even broke the record of all album sales in Pakistan, over 9,587 albums distributed in 2 days. Which is like so damn-awesome? When we first heard of this we were sure, that now we will be hearing JoSH’s new album songs in every other car but with Coca-Cola the promotion and sales of Coke Studio will be in much higher position.

Anyways, who cares. The only good thing about this is, we’re getting free CD of Coke Studio or JoSH’s new album with stuff we buy frequently.