On a warm Friday morning in Doha’s Corniche, a car is blasting out Imran Khan’s Bhangra-meets-Dancehall anthem “Amplifier”.

It must be, I think, a Qatar-based Punjabi, excited that Europe’s successful young singer is due to perform that very evening. I have an interview booked with the Dutch-Pakistani, the Khan who has brought us those now famous lyrics: “Kaaliyan bariyaan ve gadiyaan nu main lawaan, Speed main do so vee di challan” (I’ll add black tinted windows to my cars, I’ll ride at a speed of 220). 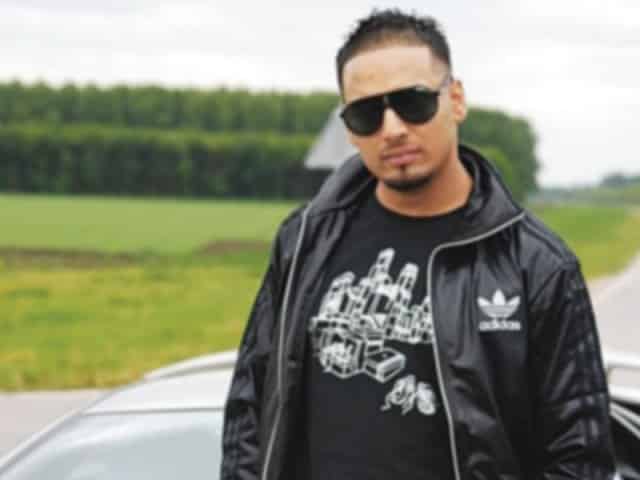 On hearing the tune, I call the promoter, Saf. Indeed, it is Saf’s car which was blasting the record, having picked up the singer from the airport.

“Can you be at the venue in five minutes?” he asks. And so, I head to the Marriott, a relatively low-key five-star hotel.

The Gujranwala native is slumped in the lobby, accompanied by his manager who looks no older than 25, and, I suspect, is a relative or a friend. Dressed in a pink Ralph Lauren sweater, grey Nike jogging bottoms, embellished with a neon green tick, a baby-pink baseball cap and adorned with a beaded necklace, Khan looks every inch the Pakistani Rudeboy. His left eyebrow is styled with a set of shaved lines and he keeps his iPhone 4 and white Blackberry close by on the table.

“How long will this take? I am tired. I haven’t slept since performing in Dubai last night,” he replies to my chirpy greeting.

“Too much partying?” I joke, desperate to break the ice.

We agree on ten minutes.

Khan’s biggest hit, “Amplifier”, has been viewed over 14.5 million times on YouTube. It’s his favourite to perform and he says he wrote the lyrics, as for all of his songs, himself. He has recently left Prestige — the British record label that helped him rise to fame — because of money problems. Now he represents himself.

His biggest coup since leaving the label is an upcoming collaboration with the American rapper T Pain. They are set to work together in the next couple of months. Khan has also started work on a second album, in which he will sing, partly in English. For the past couple of years, he has been touring Europe, the Gulf, Asia and even South America. The night before we meet, he has performed in Dubai alongside Atif Aslam.

“Atif Aslam is very arrogant, he didn’t want me to perform there,” Khan tells me, accusing Aslam of hogging the stage. “I met him in the afternoon. He was trying to be nice but I could see through him.”

This bitter streak keeps revealing itself throughout our interview, from his beef with his record label and Aslam to his low expectations of a Doha-crowd and an acute defensiveness of his style.

After the frosty beginning, though, he orders a drink and settles down. In just two minutes he has gone from precious pop star to loveable cousin. He offers me a sip of his Red Bull and orange juice cocktail (he has two during the interview). I try it. It tastes like medicine.

“That’s why Pakistan will never be on that level, we will never get to that stage,” he says cryptically, still talking about the previous night’s Aslam drama. “I am out of the box, I am not from the UK and I am not from Pakistan. I am from Holland and we are very neutral, straight to the point.”

Despite his Dutch pride, he shows patriotism towards Pakistan too. He’s the only one of his siblings to speak his mother-tongue, Punjabi, and he rejects the idea of learning Urdu. He also favours Pakistan over India and claims that though he has received several offers to record for Bollywood and even star in films, he is unlikely to take them up anytime soon.

“I launched my first single in Britain because there is such a big Bhangra scene, more people listen to it there. Straight away, the Bollywood offers came. I just rejected them. I saw RDB and Juggy D doing stuff and where have they ended up?” he asks, rhetorically. I assume he means they have ended up nowhere. “I will do Bollywood, but on my own terms.”

It’s now been over forty minutes and I am ready to leave.

I remind him that it was not that long ago he told me I was lucky to get an exclusive interview because usually he is so wary of the press.

“Yeah, I know,” he replies. “But I have a good feeling about this one. A good energy.”

I regret having told him I am also Punjabi. I fear he thinks this relationship could go another way. A question on religion, that should bring us back.

“So, what do you say to people who say music is haram?” I ask.

And with that I ask him the final question, the one 14.5 million girls have been waiting for — is he single?

“I am single. But girls are more into the Imran Khan hype than in me. That’s not the right girl, it’s very difficult for me because you don’t know who to believe.”

If he stays single for much longer, a more traditional approach might be needed.

“If I can’t find anything, then I will ask my Mum to find a nice sharif girl. I like eating nice food.”

The concert itself is a typical desi event in the Gulf: terrible organisation, bad dress sense and, thankfully, a very joyful, albeit tiny, crowd.

No more than 200 people come to the night organised by Saf, where the ticket price starts at 200 Qatari Riyals (Rs4,640). The capacity is for 5,000. Children, as young as one, bop around to Khan’s set, which is mostly mimed. Halfway through, in a desperate attempt to squeeze more money out of the audience, the music stops and Khan stomps off stage. Dozens of regular ticket holders had made their way to the VIP section (the tiny area near to the stage) and those without the VIP band are being asked to move back to their section. After fifteen minutes of cajoling, they finally move back.

The organisers had hoped that people would be so keen to remain in the elite section that they would fork out more for a better ticket. They don’t; they are Pakistani after all.

As soon as Khan returns, they jump back and continue to enjoy the Bhangra beats. This, I reckon, sums Khan up. No matter how distasteful it may be to enjoy his music, you just can’t help yourself.