LAHORE – The trio was the heaviest thing that the Pakistani youth had ever come across. The hard, electric guitar riffs had sunk their talons in the minds of confused, angsty youth. Ali Azmat’s voice – oozing with power and machismo, but tinged with a haunting and yearning at the same time – crooned away songs of heartbreak, and belted out anthems of revolt against authority; Brian O Connell (a unique phenomenon of being a foreigner in a Pakistani band), a plucked placidly at his bass strings, cool as a cucumber, but producing some of the most solid bass-lines, while Salman Ahmed, who had once upon a time played for the Vital Signs, fiercely churned his guitars, almost to ear deafening level. It was an impeccable combination of gritty Pakistani rock – actual rock. 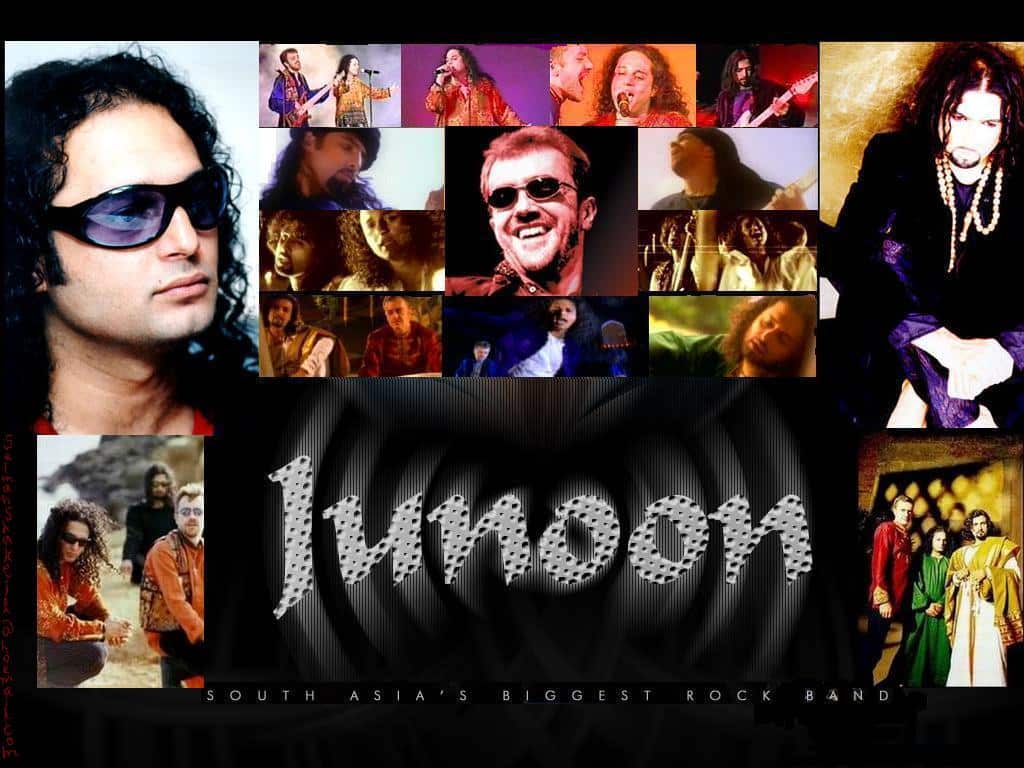 They wore their hair long, and rebellious, their clothes, assembling Pakistani ethnic prints, colours, headdresses and accessories, while the style was a heavy inspiration of hippy culture. They were Pakistani’s ‘hippies’, singing about something no one had ever given thought to uptil now. Initially Junoon was about songwriting. All of it, or at least most of it was written by Salman himself, to which Azmat devoted his vocals, leaving his stamp upon each song. Later though, in fact from their third album Azadi, Junoon began to recognize the fact that in order to propagate ideas of and from the East, the poetry of the East must be used.

Rock music is essentially aggressive. It gives a brash, anti-authority stance, invoking rebellion against ‘The Man’, also a typically rock term, and the power of the instruments used, whether it is guitar or drums must be intense, hard, something that can be swallowed and digested by young people, who were frenetic, emotional, spontaneous, volatile, and most importantly sensitive and hard done by. In Pakistan, this applied too. But Junoon took another very original stance in their music. Their music was heavy, (for a Pakistani listener, not generally exposed to Western rock), but its lyrics were softer. At least later in their life.

In 1991, that Junoon had released its self-titled album through EMI Pakistan. Junoon was adventurous in subject matter, sometimes even wicked and daring.

“Downtown Princess,”, Fifi Haroon, who gave her guest vocals in Junoon’s ‘Jogia’ describes the song to be “supposedly about an imaginary encounter in Lahore’s notorious Red Light Area” which “boasted racy lyrics that were probably overlooked by censors who didn’t pick up on the double entendres: “I made a little offer for a night time favor/She got a little restless, made me real breathless/Night was getting longer/she was getting stronger.”

Once the sleaze from Junoon’s rock n roll persona left, it was replaced by a more intellectual ‘literary and poetic’ attitude in its lyrics. Coupled with an eastern percussion, the tabla, the music took a completely different mood, while its eastern flavour was further enriched by singing Iqbal, Bulleh Shah and others. Some even labeled it sufi rock.

These songs propagated the ideas of ‘questioning’, and ‘challenging’ rather than downright rebelling. For a band who once said, ‘Zehni ghulami se, kaash hon hum azaad’ (From this mental prison, I wish we could break free), it was only right they in their fourth successful album Ishq, they sang ‘Khirad ko ghulami se azaad kar, jawanon ko peeron ka ustaad kar’ (Free your mind from slavery, let the youth lead the elders). Yes, Junoon had reached a conclusion and this was what the nation needed the most: questioning, and rethinking things. Junoon may be one of the greatest bands in the history of Pakistani music like Vital Signs, but unlike the Signs, it created social ups and downs in the country. This does not mean that young people, brandished sticks and went in flocks to break down the nearest electric company office. On the contrary Junoon attempted to spread the message of peace.

In the summer of 1993, I went to a celebratory function in the Karachi based NED University. The craze of Junoon’s newly released ‘Inquilab’ could be felt, when university students played Mera Mahi and Saaein on repeat, dancing and singing along, and feeling the power of the music. Students like these had incorporated Junoon, became Junoonis, breathed their songs, gate crashed their concerts, and bought all the Junoon paraphernalia whenever they could. People aimed to buy all their discography, a concept not really popular in Pakistan as such, because there had not been many bands here. Most of all, Junoon’s lyrics were so in the face, so strong and potent, sung in Ali Azmat’s commanding voice, that when a Junoon song played, people listened.

But the spell was broken eventually, as it happens with all things great. Whatever the reasons were, Junoon broke up after about a decade of producing some of the greatest hits. There are fans who like each and every song on every album the band has released. There are others who are disappointed that the band split up, and no other replacements came in place to quench their thirst for such music. Other exceptional bands were always there, like Strings, Karavan, along with successful solo artists, but none like Junoon.

Now, after 20 years of this band’s inception, Salman has organized the release of a tribute album. This 20th anniversary Online Tribute Album is set to release on September 30, 2011, with a concert in New York City. “Normally milestones are about the band,” says Salman Ahmed, who is now based in New York but answered some questions in Newsweek. “Junoon 20 is about the music. So I was looking for people who like our music to interpret our songs. I didn’t want just covers. I called Bilal Khan….Someone sent me this instrumental video of Usman Riaz’s “Firefly,” which I loved and he’s doing “Saeein” for us. Then there’s Outlandish, Shafqat Amanat Ali, Jal’s Farhan and Gohar, Samina and Momina, Aag, Laal and Rahat Fateh Ali Khan. Of course, there will be several original Junoon songs there, too. And new ones like “Chand Sitara,” which is only the second anthem Shoaib Mansoor has ever written. All proceeds from the album will go toward charity work in Pakistan.”

But when Ali Azmat was contacted, he refused to say much. “I have no views about this album,” was his first response. “No comments.” One wonders what this album will give. Most obviously it will not be the same thing, as maybe a Junoon reunion would have been. Unfortunately too, Junoon does not even see eye to eye on business and commercial matters, so Ali Azmat is not part of this project. Many do not feel too good about this, thinking that Salman has ‘taken over’ the band, and is dictating its actions. But in any case, the tribute album is an original idea, one of its own in the mainstream pop/rock music industry here, and fans of Junoon are waiting to see what they will hear.