Meesha Shafi makes it to Hollywood

KARACHI: While we still don’t know the mystery man playing the male lead in Mira Nair’s upcoming film, based on Pakistani writer Mohsin Hamid’s second book, The Reluctant Fundamentalist, it has been announced that Meesha Shafi has been cast in the film. “One singer Meesha Shafi has been cast in Mira Nair’s next film The Reluctant Fundamentalist,” reported Rediff News. When contacted by The Express Tribune, Shafi’s representative refused to comment, saying she has been refrained to give details to the press at the moment. 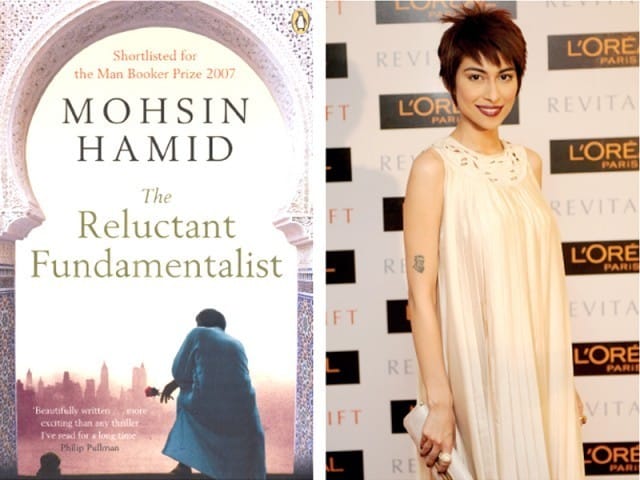 The female character has been introduced in the film adaptation and was not a part of the original plot. “The film and the book will be different,” Hamid told Hindustan Times. But that doesn’t perturb the Moth Smoke writer, who is confident about Nair’s cinematic vision. “I trust Mira’s integrity and aesthetics. I am excited to see what her film becomes,” he said.

What interested Nair in Hamid’s novel was the fact that it was written from a South Asian’s perspective post 9/11. The book revolves around a radical Pakistani man, Changez, who narrates his story to an American stranger during their conversation at a cafe in Lahore. Written in retrospective narrative, the plot is about Changez’s love-affair with an American woman during his stay in the US and how he eventually leaves the country.

Known for her films like Vanity Fair, Monsoon Wedding and The Namesake, Nair earlier was more focused on Indian and Bangladeshi actors, writers and locations. However, the director is set to make her latest project as ‘Pakistani’ as possible. Though most of the film will be shot in Delhi, due to the security threats in Pakistan, some of the scenes will be shot in Lahore, where shooting will continue for 10 days, India FM quoted Nair as saying. The director is also inclined to have a Pakistani actor as the film’s male lead.

After taking a two-hour audition from Ranbir Kapoor, Nair told NDTV about “three extremely strong contenders in Pakistan” giving tough competition to Kapoor. Despite a strong inclination to cast Kapoor, the deal could not be worked out because of his prior commitments and the director later confirmed that “it’s going to be a Pakistani actor”. But it wasn’t just Ranbir Kapoor who auditioned for the film, Bollywood heartthrob Imran Khan also tried his luck but failed to impress the US-based Indian film-maker.

Nair, who visited Lahore last year, has shortlisted three out of 300 Pakistani candidates auditioning for the project. “One is a Pakistani rock star; the other is a very famous film and television actor.” Among the candidates was also Ali Zafar. But much to our surprise, the singer-cum-actor could not make it as Nair confirmed: “The Pakistani rock star is not Ali Zafar. I’m also looking at a British-trained Pakistani actor.”

However, it is not just Pakistani writers and actors who have sparked Nair’s interest. Junoon’s Salman Ahmad recently met the filmmaker in New York to discuss music for the project. The Times of India also quoted Lahore’s Mian Yousuf Salahuddin saying that Nair has also asked Farida Khannum to sing for the film.

Daughter of veteran TV actor Saba Hameed, Shafi has already marked her presence in the world of fashion and music, and a Hollywood project like The Reluctant Fundamentalist will give a strong boost to her acting career. That said, we must not forget that Nair has a history of unpredictable cast changes. For her last film The Namesake, Bollywood actor Tabu replaced Rani Mukherjee after much ado in the news about the latter. We have our fingers crossed and are waiting for Meesha to confirm the finalisation of her deal for the Hollywood venture.