Coke Studio, the cult TV and radio show from Pakistan, to make its debut in India

Television and radio show, Coke Studio, is set to make its debut in India after three phenomenally successful seasons in Pakistan. The show, sponsored by F&B giant Coca Cola, has been applauded for bringing together different genres of music in Pakistan – both indigenous and otherwise – and has gained a massive online following. In India, it will probably begin airing on MTV in a month or so, although there is still no official confirmation on this from the channel. However, the first episode, featuring artistes such as Shafqat Amanat Ali, Advaita, Pankhi and Shruti Pathak, will be shot in Mumbai on Saturday, according to a tweet by the magazine Rolling Stone, India. 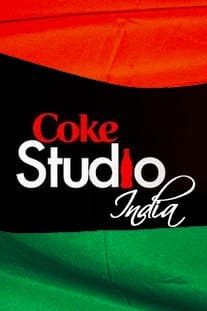 Coke Studio Pakistan has brought together such diverse artistes as Abida Parveen, Rahat Fateh Ali Khan, Amanat Ali, Aunty Disco Project, Zeb and Haniya, Ustaad Gullu and Rizwan-Muazzam. It is produced by musician Rohail Hyatt, and is acclaimed for the high-quality of music it produces. So much so, that the music is now available for download on iTunes and it’s YouTube channel has over 16,000 subscribers. If the show maintains the same standards in India, it could prove to be a good platform for non-film music, as well as regional and traditional music to come to the fore.