Rahat Fateh Ali Khan Has Been Arrested at Delhi Airport

Pakistani Singer Rahat Fateh Ali Khan has been arrested on Delhi Airport. According to a reliable indian news media publication AAJ TAK, the famous singer of the sub-continent was having some ‘undeclared foreign currency’ with him. The Classical singer is now being interrogated by Airport Police officials. 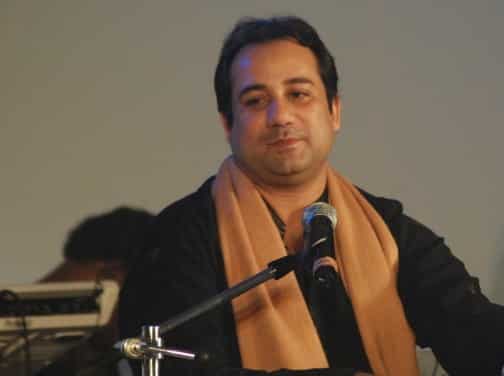 Keep checking this page as we will be updating you more about it.

With large amounts of undeclared foreign currency charges carry mine officials stopped at the airport.

Official sources said the first notification received by the Directorate of Revenue Intelligence officials stopped the action to the mine.

Superhit Bollywood singers a mine on Sunday evening, arrived here from Karachi. Sources said that Khan was taking huge amounts of foreign currency which he did not tell immigration officials. Mine came with two other people at the airport have been stopped.

According to sources, Khan is being questioned and had much money with them, it is being explored.

Renowned Pakistani singer Ustad Nusrat Fateh Ali Khan, Fateh Ali Khan’s 37-year-old nephew relief have fallen in the past, controversy, the organizers of Kansert in Gurgaon in July last year filed a police complaint against him was Karayie. Do not come on the show was accused of.