MusicMix: Strings return from a thrilling show at the London School of Economics by Shahzeb Shaikh 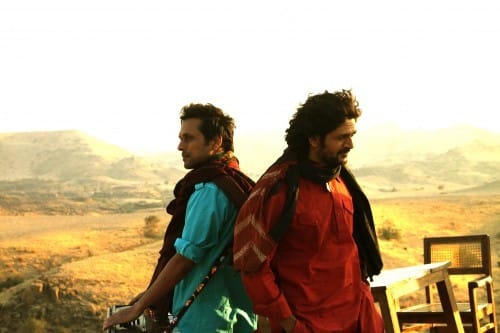 Strings have been busy. Between shooting for music videos and taking up causes close to their heart, they also tour quite a bit. Just recently they returned from performing at the prestigious London School of Economics.

Organized by the Pakistan Society of London School of Economics (LSE), a student organization of Pakistani students, their mission is to bring together Pakistani and non-Pakistani communities together via high-profile public lectures, one-of-a-kind cultural events, political awareness campaigns, fundraisers for necessary causes, and career services for students. The body recently organized “Pakistan Week”, which consisted of various Pakistani product exhibitions, Pakistani film screenings etc and for the music part of the event, Strings were invited.

This was the first time a concert of this scale had been arranged at LSE. The best thing about school shows is the fact is that it features a relatively selected audience and the majority of them are young students. The same was the case with this gig. The audience was primarily Pakistani and Indian, but one spotted many foreigners as well since the concert was held at the university campus and you can expect a diverse audience there.

Guitar man Bilal Maqsood told Instep Today, “We spotted many foreigners in the crowd because I’m sure they were curious about Pakistani music.”

The duo of Faisal Kapadia & Maqsood were accompanied by their session band consisting of Ahad (drums), Shakir (bass), Haider (keyboards) and promised a thrilling performance as usual. They played their blazing hits like the rocking ‘Koi Aanay Wala Hai’, the soulful ‘Dhaani’, the melodic ‘Najanay Kyun’, the mellow ‘Mera Bicchra Yar’, the captivating ‘Zinda’, the enchanting ‘Aakhri Alvida’ and the blistering ‘Sohniye’.

“Instead of ending with ‘Dhaani’, we ended the set with the World Cup song because the World Cup was in full swing. We received tremendous energy from the crowd during our last song. It was as if right after the concert they were going to go home and switch on their television sets or go to the stadium to watch the match,” shares the band with Instep.

So, what was special about the show? The band merrily answers, “Compared to the many shows we’ve done in London, I can safely say that this was the best show for Strings. We’ve performed at big events but what was special about this performance was that, first of all, it was a solo performance for Strings and had no other agenda. Usually, all the other Strings concerts in London have been for charity or with some other artist. The other special thing about this concert was that it was arranged by the Pakistani society in the London School of Economics.”

Throughout the gig, the crowd was one of the most attention-grabbing factor. In fact, in my view, the crowd can make or break the gig. The young enthusiasts offered everything in the book. They screamed, did head-banging and sang in unison. Strings have very high regard for them. They say, “We enjoyed the concert thoroughly because it was in a university, which means the crowd is full of high energy youngsters,” and add, “Having performed at large venues as well, we’ve noticed that we enjoy ourselves more in smaller crowds like the one at this concert as we get to interact with our fans more.”

Strings were very impressed with the future Pakistani scholars. They found them extremely talented and diligent. Shares the band in a merry tone, “The Pakistani organizing committee at LSE was a very decent group of boys. They’ve been representing Pakistan very well abroad. Some of them were even studying on full scholarships. They were well educated and very hard working people who put in a lot of effort organizing Pakistan Week at LSE. They put in a lot of their time and effort into this for no personal gain whatsoever.”

The band ended the chat with the following words, “It feels very good to see such people because it proves that Pakistani abroad are going good and they still have that passion and dedication for their country.” One hopes that Pakistani community abroad works and performs with the same vigour in order to portray a positive image of Pakistan world wide.