Usman Riaz is writing new material for the forthcoming Pakistani Urdu-language drama film ‘Seedlings’. The film has been written by Summer Nicks and directed by Mansoor Mujahid. 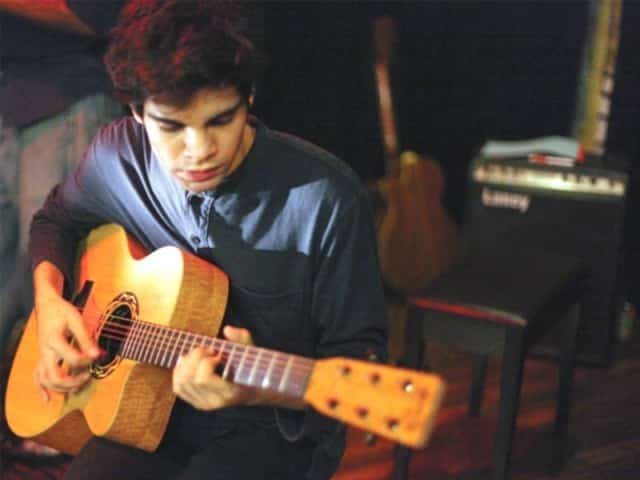 Seedlings is a human interest story about a young couple that is struck by tragedy. The film features 21-year-old guitar prodigy Usman Riaz, who has written the score of the film, reports, The Express Tribune.

Zoe Viccaji, an emerging musician, hints that she might be doing a song for the film too. It would be interesting to see Usman and Zoe work together as the product would be nothing less than a masterpiece.

The film stars Aamina Sheikh, Mohib Mirza and Gohar Rasheed in the lead roles and has Hira Tareen, Mehreen Rafi and Tara Mahmood in supporting roles.

It is co-produced by Summer Nicks and Meher Jaffri, along with Craig Peter Jones under the banner Bodhicitta Film Works, who are also the makers of Kolachi; a sci-fi film which is still underdevelopment.

Seedlings is currently in its post-production stage and is looking for distributors within Pakistan.