Mumbai – Patrons of ghazals in Pakistan have been expressing their concern over Jagjit Singh’s health ever since he was admitted to the Lilavati Hospital in Mumbai on 23rd September following brain haemorrhage. 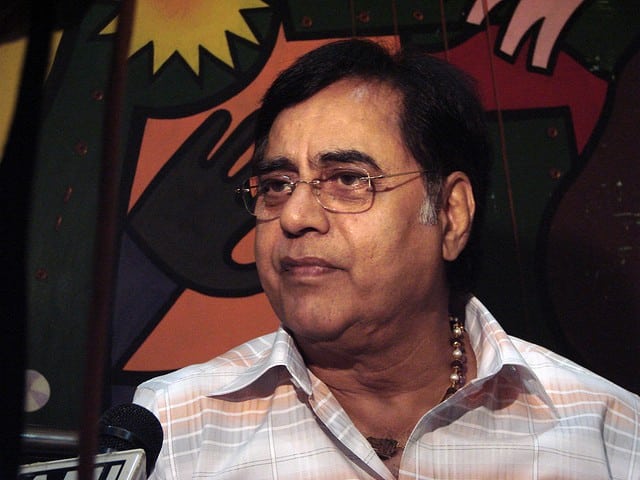 The 70-year-old, who has diehard fans not only in India but even across the border, is still recuperating after dual life saving surgeries. Fans and well wishers have been showering him with “get well soon” wishes and are hoping they will get to hear soon that the veteran is back to a normal living. Chaaye Khana , a café in Lahore, had a mat spread on the table that read “our hearts just missed a beat,” as reported by a daily.

The message was written as soon as ardent followers of the singer in the café heard of the Ghazal maestro’s illness. “For over 40 years veteran ghazal singer Jagjit Singh has given the music of the subcontinent a taste that has introduced the conventional ghazal singing with a modern form that is truly his own — making him the pioneer and the most successful recording artist outside the realm of Indian films,” the daily reported the message on the mat as stating.