Islamabad: A Pakistani court today rejected a lawyer’s petition asking it to direct authorities to file charges of obscenity and sedition against actress Veena Malik and confiscate her passport over a controversy around her nude pictures in an Indian magazine. 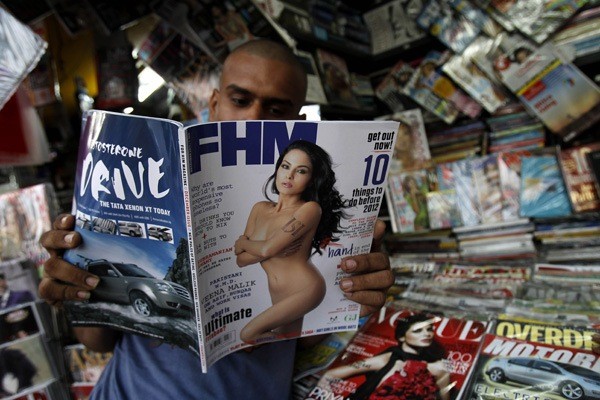 Salimullah Khan had filed the petition against Malik in the Islamabad High Court yesterday.

He contended that she should be tried under provisions of the Pakistan Penal Code for obscene acts, sedition, defamation and wearing clothes and using equipment used by Pakistani military personnel.

Rejecting his petition today, the court said it could not take any action as the photos had been published in another country.

Khan had earlier told the court that Malik did a naked photo shoot for FHM India magazine.

The nude picture was printed on the cover of the magazine and other photos were featured on the e-edition of FHM India, he said.

Malik has denied doing a nude photo shoot for the magazine, saying the pictures were ‘morphed’.

FHM India has said it has video and emails from Malik that prove the authenticity of the pictures.

The actress and the magazine have threatened to take legal action against each other.

The photos feature Malik with the letters ISI — the abbreviation for Pakistan’s Inter-Services Intelligence agency — painted on her arm.

Khan contended in his petition that Malik’s conduct was “controversial and shameful for everybody in Pakistan” and that she had trampled “all standards of Islamic cultures and morality”.

“She is carrying an inscription on her arm, that is ISI in bold letters, and she is also proclaimed as a weapon of mass destruction by the magazine. Thus she has defamed the country and its institutions,” Khan told The News daily.

He asked the court to order Malik to come back to Pakistan, and to direct authorities to confiscate her passport.

Malik’s passport is ‘state property’ and the government could confiscate it under the law, he claimed.