She is yet to make her Bollywood debut, but Pakistani starlet Veena Malik is already contemplating international cinema. The controversial actor informed the Indian media that she has signed a British film, in which she has a powerful role.”I am getting many offers from across the globe,” she said. “Recently, a UK film team was in Dubai and I was short-listing a few offers that would suit me. I have zeroed in on a few fashion projects and a film. 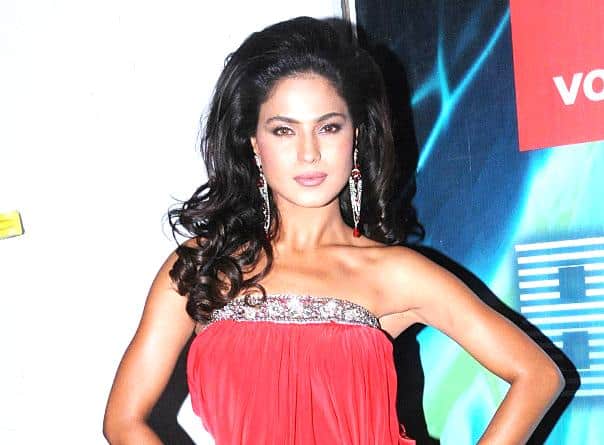 I can’t reveal more at the moment,” says Veena, who is currently in Dubai. Though the filmmakers in India are crying foul over her films here falling behind schedule, Veena says she will honour all her commitments. Director Hemant Madhukar had reportedly said Veena has 11 crore riding on her and she is yet to shoot the climax of his thriller, ‘Mumbai 125 Kms’, which is expected to hit screens later this year. “All my producers and directors are well aware of my schedule and I will not let anyone down. I am the leading lady and I am sure there are crores and crores riding on me,” she laughs.

When asked if Veena is upset that her item number from her recently released film that starred Akshay Khanna was removed during the special screening for anti-corruption activist Anna Hazare at Ralegaon Siddhi and she retorts, “Well, it is the director’s call and he knows better where to screen the song and where he shouldn’t.” The latest rumour in tinsel town is that there is tension brewing between the two actors of ‘Zindagi 50-50’, Riya Sen and Veena.

Buzz has it that the director of the film, Rajeev Ruia, is keen to cast the two ladies in an item number and had been canning their scenes separately for the film. “I am not sure about the item number because I have already shot two songs. I haven’t really worked with Riya till now. But if the filmmaker chooses to shoot a song with her, I will definitely do it. After all, she’s a wonderful actor,” says Veena.

Finally, ask Veena about wrestler and Payal Rohatgi’s boyfriend Sangram Singh, who turned down the offer of joining Veena’s telly Swayamvar, despite being offered an astronomical sum of money and she says, “Did he? Well, I can only laugh about it.” Meanwhile, the actor reveals that wants to make the switch from women-oriented roles to comedy.

“I believe it is very tough to make someone laugh and after the spoofs in my item number in my last release, I am hoping I will get some comedy roles soon,” she signs off.