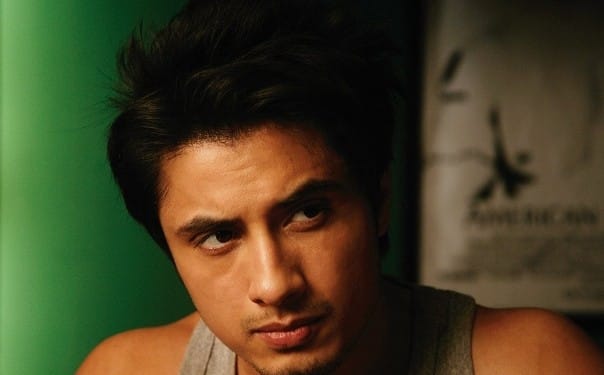 You shouldn’t even judge Pakistan through me. Pakistan is not like Ali Zafar or Veena Malik,” Ali said. “And such individuals are there in very entertainment industry. In India also there are women who ride on controversies. It happens everywhere. It happens even in Hollywood,” he added. Veena came to limelight after her link up with tainted Pakistani bowler Mohammad Asif. She rose to fame in India after appearing in the fourth season of controversial reality show ‘Bigg Boss’.

Ever since she has been making headlines for her alleged link up with her ‘Bigg Boss’ inmate, actor Ashmit Patel, or her sudden disappearance while shooting for the Bollywood movie ‘Mumbai 125 kilometres’. Ali says he makes sure he doesn’t do anything that gives a bad name to his country. “Whatever films I do, I make sure that I don’t do scenes or say dialogues or do stuff that could hurt people back home. In my capacity, I try and keep everyone happy but that’s just me. Everybody has their own style of working,” he added. For Ali, being controversial is not the best method to boost one’s career.

“It’s unfortunate. I think one should avoid controversies as long as possible, they may help you in the short run, but I don’t think those who are talented need controversies to boost their career,” he said. “It’s always good to stay away so that you can work smoothly. You try to stay away from trouble for your own sake and for the sake of other people.

I think anybody who comes from there (Pakistan) to here (India) should be cautious and conscious, otherwise it puts others into bad light,” he added.