Atif Aslam talks about his upcoming record, singing in Bollywood and more… 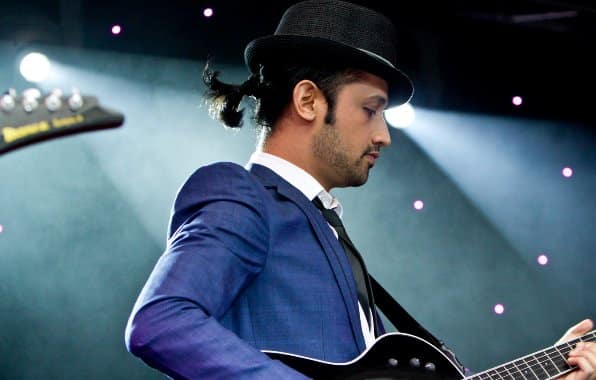 Atif Aslam last released a studio album, Meri Kahani in 2007. Since then he’s appeared on Coke Studio, released singles and just last year, delivered two of the biggest hits of the year on the soundtrack of Shoaib Mansoor’s Bol. But that was then.

In addition to touring, Atif has been working with members of Guns ‘n’ Roses on his fourth studio album for quite some time now. But there’s been no word on a formal release.

“My album is done, it’s already recorded,” Atif Aslam tells Instep Today, “I am not releasing it because I want to make some changes to finalize it. The media is also changing and the medium to release [music has changed]. CDs are becoming obsolete and as listeners, we opt for mp3s now. People have no time to buy CDs. They listen to whatever is coming their way, be it on the radio or the Internet. I am also looking into the market; I just did Bol so maybe some time later.”

But don’t non-album projects like Bol as well as excessive travelling affect his studio music?

Atif is quick to respond, “I don’t think so! As I mentioned earlier, I am not releasing it on purpose. However, I am still in the process of thinking that whether I have to do commercial music or non-commercial music.”

Speaking of his music, Atif Aslam has been frequently performing live with Indian artists like Sunidhi Chauhan (Dubai), Shreya Ghosal (USA) etc. Sharing his experience of performing live with Sunidhi, Atif tells Instep Today, “She is a very good artist with a good band. Interestingly, her musicians and sound engineer tell my sound engineer that they wish they would have been mixing for my band.”

However, over the years, Atif has been criticized by many Indian artists who maintain that he doesn’t know how to sing and is a ‘fake’ musician. Atif recalls, “Even Sunidhi has criticized me but that doesn’t make her a bad artist. If she has criticized me, that’s her personal opinion. It doesn’t change my opinion of her singing. She is a good singer.”

And what about Shreya Ghosal?

“I have had duets with her too” says Atif. “She is a good singer. The blend of the two works out well. I think Alisha Chinoy has a very soft tone.”

Unlike Rahat Fateh Ali Khan who features on quite a few Bollywood albums annually, Atif prefers to stay choosy and picks out maybe two projects from Bollywood in a given year.

“I keep a balance. Many offers come but I remain selective,” says Atif.

Speaking of Bol, Atif’s first debut film renders him all smiles. Despite a small role in the film, Atif considers Bol an important milestone in his career.

“There is something called production value. I was the production value added to the film! And, every now and then people complain that Atif doesn’t do charity and isn’t socially active, so this project should prove them wrong. This project is just for cinema. Because Khuda Kay Liye was only released in India and in contrast, I got Bol released all around the world.”

It may come as a surprise but Atif maintains he enjoyed his small role.

“I actually didn’t want a bigger role either. My role suited the story and a bigger role would have taken the movie in a different direction.”

And, how does he think the project has benefited his image as a playback singer? “I think I have benefited from it. I gave the industry a new look and thought. Sometimes, it’s not necessary to think about yourself, sometimes you should think about your cinema and art. If tomorrow Bol gets nominated for an Oscar, the credit would definitely go to people associated to the movie. People don’t know who Humaima is, but they know Atif very well! So I feel responsible for the project,” says Atif plainly. Sticking to his film career, has he received any movie offers recently? “I will only decide when I read the scripts. There are things in pipeline.”