Misty’s first album The Beauty Queen Project enjoyed much success with her single “I Shot The Beauty Queen” playing on over 40 college and indie radio stations, some charting in the top 20.

Naomi Zaman, Born on January 8, 1985 in Toronto, Canada to Pakistani Parents, Naomi Zaman was raised in a Pakistani household and growing up in Ontario, Canada gave her a good understanding of both Western and Eastern Cultures. Naomi’s mother discovered her singing gift at a very tender age of 3 years old and she performed her first live singing show on stage at the age 8 at the Brampton Civic Library where she wowed the audience with her on stage self confidence performance and angelic voice. After the performance, Naomi was noted as a charm of Elvis Presley because she shares the same birthday as the legend of Rock and Roll. Further on in High School Naomi was awarded Best Vocalist twice in a row and won Best Lead Performance at St. Thomas Aquinas School in Brampton, Ontario. Naomi Zaman did not stop exploring her gifts, in 2001 She competed and won the North American Abu Talib Temple singing competition and in 2004 she went on to win Delta Idol Competition. Naomi Zaman further performed at various ch aritable events across Canada and won the hearts of the many as a rising star in the making. 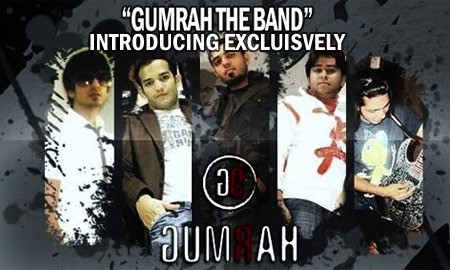 Profile Z-Sean Ali Biography: Zsean Ali A.k.A Zuhair Sean Ali was born on 31st December 1986, In Karachi, Pakistan, he moved from Pakistan to Canada when he was 1 year old, after completing his studies In Business Management, he joined the music industry His first song was created in 2003 with the RDB Studios Toronto, …

Click here to download “Bulandyan” (debut song) Click here to download “Mujhey – demo” Who is ’13’? ’13’ comprises of Faraz Ahmed, Ian Eldred and Wahaj. All three of them bring a similar yet distinct approach to their music, based on idealism, pragmatism and mysticism. Their music is experimentive yet understands consumer tastes and concerns …